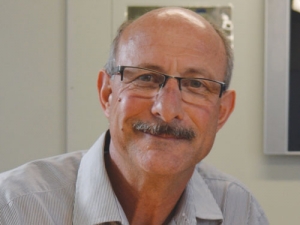 He says global demand is booming, and the market is short of organic butters, specialist milk powders and cream.

“We have been working with Organic Dairy hub for the last two years and we will be probably their number-one processor,” he told Dairy News. “The aim is to get enough organic and have enough available to continue to grow the market in years to come.”

OHD Cooperative will compete with Fonterra for New Zealand’s fledgling organic milk supply; next season OHD will have about 1 million kgMS from around a dozen farms, some not currently supplying Fonterra organic.

ODH will be an organic milk wholesaler only, supplying milk to local processors, and will have toll manufacturing arrangements with global marketers.

Den Haring says ODH is a good model and mirrors organisations operating in other countries.

“You have a farmer, a milk purchaser and you have processors; the wholesaler will sell milk to a number of processors, delinking it from the New Zealand model where a co-op or individual farmer is contracted to the processor.

“If you are a big enough business, the NZ model works for you but not if you have a small business operating at the vagaries of customer demand.”

De Haring says ODH will have multiple outlets for the milk it buys from farmers. “It means over time you they can put some peak milk into long life products and have a base where it’s being sold and converted on a daily basis.”

He says ODH is the most positive development in the organic sector since Organic Dairy Ltd folded in Okato, Taranaki five years ago.

“It is an alternative mechanism that has the strong capability of being a leading force in organics and other areas.”

OHD project manager Bill Quinn says farmers won’t be involved in processing milk; they will “stick to their knitting, which is milk production on-farm”.

“The old milking stool has three legs: suppliers, processors and marketers; each is a skill and discipline in its own right. The hub will coordinate between them; we have marketers who want products like organic butter and we will link them with processors who can do that; we’ve got the milk.”

Quinn believes Fonterra has not been sincere with its organic suppliers in recent years, cancelling contracts to satisfy its organic growth strategy. Fonterra’s organic milk suppliers has dropped to 73 from 127 three years ago. This has left milk suppliers and processors frustrated, he says.

Fonterra recently announced a 45c/kgMS hike in its organic milk premium; its organic suppliers will now get $1.50/kgMS above the conventional milk price. The co-op is also seeking an extra 600,000kgMS next season.

Quinn says Fonterra lifts its game only when another player enters the organic market. He says farmers needed an alternative market to Fonterra and this led to OHD’s formation over the last three seasons.

New wholesaler to be different

The collapse of New Zealand Organic Dairy Farmers Cooperative in Taranaki five years ago will still be fresh on farmers’ minds, says Quinn.

Quinn, helping farmers launch a new organic milk wholesaler, says there is a degree of caution to any business plan. “The Okato failure is still very much in the minds of the farmers and the wider industry.”

The NZODFC set up Organic Dairy Ltd in Okato to make cheese for export; the company folded in 2010 owing $15 million to creditors. About 30 jobs were lost.

However, Quinn says ODH will be different. It will be selling milk only to processors; farmers will be sure of payment and receive the market rate for milk.

“Not being a processor of milk we are doing all of our business in New Zealand, under local currency and laws.

“We will be forward selling a raw ingredient therefore we will be paid 100% of the negotiated price on the following month and can pay the farmer that price.

“Farmers will be signing contracts at the beginning of the season and will know what will be paid throughout the season.”