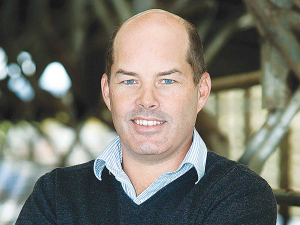 Miraka chief executive Richard Wyeth told Dairy News that farmers have sent in some great videos, much to the delight of the staff.

Miraka suppliers were badly hit by drought during the first three months of this year. Recent rain has boosted grass growth and lifted farmer morale.

“I think farmers are also happy because they know they are getting a $7 payout for the current season and that is some comfort, but there is some nervousness around next season,” Wyeth says.

“We have come out and said for a budgeting perspective, next season’s payout could be between $6.25 and $6.50/kgMS. That is a reasonable number, but it is too early to be too definitive on that and there is a real spread in terms of predictions,” he says.

He says in terms of marketing their products, Miraka is doing pretty well although they have been impacted by COVID-19.

“We were fortunate that we shifted a lot of products in January to China, then COVID-19 came through and the market went quiet through February and March. We had a few orders for UHT cancelled and the phone stopped ringing for milk powder, which is generally what happens on the commodity side - it just goes very quiet,” he says.

But Wyeth says they are now starting to see the market pick up with good orders coming through for their branded Taupo Pure consumer packs. UHT sales are also picking up.

Wyeth says some futurists are saying the China market is running at about “7.5 out of 10 now”.

“So that’s good given that eight weeks ago you didn’t want to be in China. You were looking at Europe and the US, but they have now really turned on their heads and Europe is more challenging now than China,” he says.

We spoke to Miraka Dairy Company chief executive Richard Wyeth about the company being a finalist for the Māori Agribusiness Award at the Primary Industries Good Employer Awards.