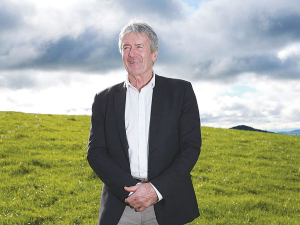 It was standing room only when at least 600 mostly farmers turned out late last week to two meetings in Timaru to learn more about the Government’s proposed freshwater reforms.

Both meetings – one at midday and another in the evening – were led by Ministry for Environment principal advisor Bryan Smith who outlined the proposed changes to freshwater rules. The evening meeting also attracted Agriculture Minister Damien O’Connor and Environment Minister David Parker.

But both ministers appeared at times overly antagonistic and aggressive in their reactions to concerns raised from the floor. This was despite a call by the meeting facilitator – Wairarapa sheep and beef farmer David Nelson -- for a “respectful process”.

O’Connor was at pains to insist the proposals were only a “discussion document” and that the Government is open to making changes – via the submission process.

But O’Connor’s self-described “mate” David Parker was not open – not at all – to extending the eight week submission process. This was despite numerous pleas from the floor asking for an extension because of the huge ramifications of the reforms, the amount of information to be waded through, Plan Change 7 proposals, upcoming local body elections and farmers’ busy season with lambing and calving in full swing in the region.

South Canterbury Federated Farmers chair Jason Grant was loudly applauded when he called for the submission process to be extended to six months. But Parker dismissed the idea saying, “six weeks was the normal submission timeframe” and the Government had already pushed this out to eight weeks.

Smith (MfE) explained that while the proposed reforms are still in consultation phase, there are likely to be major changes to how freshwater policy is managed. In particular, there would be new bottom lines imposed to ensure no further degradation and strong rules on fencing stock – cattle, deer and pigs – from waterways.

He added that until the new rules begin in 2025, interim measures will block any more dairy conversions, irrigation, vegetable growing and conversion from forestry to pasture in the region.