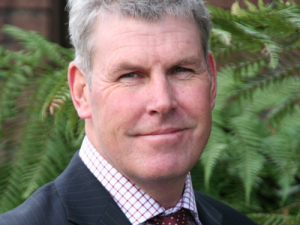 LIC has bowed to shareholder pressure by dropping its plan to transfer its herd testing and Minda businesses to a subsidiary.

The co-op will split its business into two on December 1: LIC will handle its core business while LIC Agritech will seek external capital to grow and boost shareholder returns.

LIC shareholders had expressed reservations about transferring herd testing and Minda to a company that could one day be publicly listed.

LIC chairman Murray King told its annual meeting last week that the process on the separation “has given us the opportunity to hear what you value about LIC”.

“We’ve heard your concerns about Minda and herd testing, and can confirm that after the [business] separation both will remain with the cooperative. Minda will be owned by the co-op but operated by the agritech company.”

He said forming an agritech company allows LIC to pursue opportunities for growth, with the potential to attract external investment and generate returns for investors.

“External funding will not flow into our core genetics business, but the separation creates an opportunity to attract external investors and potentially commercial partners to the agritech business, with shareholder approval.”

LIC has also listened to shareholders and dropped its goal to be a $1 billion revenue co-op.

“We are yet to develop a new goal or statement of purpose, and will work with the shareholder council on this,” Murray told shareholders.

A motion to increase the allowance of LIC directors was passed with a narrow margin at the annual meeting. LIC told the stock exchange that 405 shareholders cast 361,566 votes in favour, while 459 shareholders cast 292,982 against. – Sudesh Kissun

Getting better with training

This calving season will be a little different for dairy farmer Jo Forsyth thanks to a recent MINDA LIVE training session that marked somewhat of a ‘turning point’ in her confidence and utilisation of the technology.

With new standards for AB facilities on the horizon, farmers across the country are jumping on board to improve their on-farm facilities well ahead of time.

LIC has announced its financial result for the 2021-22 year, driven by increased farmer spend on premium genetics and herd improvement services.