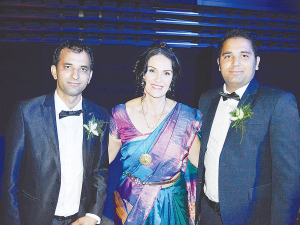 “We arrived with nothing, no support but ten years later we have won the Share Farmer of the Year title,” Manoj told Dairy News.

“There are lot of opportunities in the dairy industry but only if you work hard - like waking up early in the morning.”

Manoj, 34, and Sumit, 28, created history by becoming the first pair of brothers to win the coveted title.

The brothers are 50/50 sharemilkers on Andrew and Monika Arbuthnott, Geoff Arends and Ester Romp’s 285ha, 460-cow Eketahuna property. They have another sharemilking job on a nearby farm with 290 cows.

Winning the award is a great achievement for their community, says Manoj. Farmer support has also been crucial to their success.

“When we first arrived on the farm, we knew no one,” he says.

“The support we received from our farmers, neighbouring farmers and the local community has been overwhelming.”

The brothers have another year to run on their current sharemilking contracts. Future options include a bigger sharemilking role or equity farming.

Share Farmer head judge, Jacqui Groves from Westpac, says Manoj and Sumit impressed the judges with glowing reports from current and past employers and employees.

“They have amazing relationships with two sets of owners, who really believe in them and are following the boys’ dream.”

The judges were also impressed with their on-farm presentation, which used drone footage from their family farm in Northern India to explain their history and where they are from. “They literally took us there.”

“We were pretty blown away after meeting them,” said Groves. “They became ‘our boys’ and they benchmarked excellence.”

Both Manoj and Sumit have entered the Awards previously, with Sumit placing third in the 2018 Hawke’s Bay/Wairarapa Dairy Manager category.

They say entering the Awards programme has created an excellent network within the industry and valuable feedback from judges.

“We overcame the lack of a network by engaging more and more in dairy industry events. The New Zealand dairy farming system is totally different from back home in India and it really appeals to us,” they say.

“It’s very rewarding as we can see the improvements we make on-farm and there is a culture unlike any other industry.”

Trainee of the Year

The 2021 Dairy Trainee of the Year, Ruth Connolly from Waikato, was described by the judges as a polished and engaging person.

The judges say there was a whisker separating first, second and third places, and Ruth stood out in the practical and was outstanding in the interview section.

"Ruth is passionate about dairy farming and is constantly pushing for perfection," says head judge Tony Finch from DairyNZ.

The judges described Ruth as articulate, considered and concise with a broad understanding of different industry issues.

"Ruth has a huge love and respect for the cows, the land and the people," says judge Nicky Allomes from Hawke's Bay/Wairarapa. "She will lead by example and will bring people into the industry."

Ruth's passion for the dairy industry as well as her work ethic and trustworthiness were noted by the judges.

"We had three outstanding finalists. For an award that is choosing ambassadors for the dairy industry we couldn't have been more spoilt for choice," said judge Charlotte Rutherford from Fonterra.

"Each and every one of them had strong links the local community and dairy community. It was encouraging and inspiring to see.

"Judging was quite challenging and we have looked at the industry-wide picture, as they could all be ambassadors.

"Pete and Ann are very well-rounded with a high-level of current knowledge, especially around climate change, their emissions profile and tracking that over time."