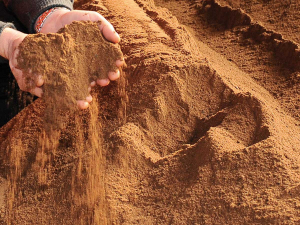 Fonterra is pulling out of the PKE business

The co-operative has offloaded its 50% stake in Agrifeeds to joint venture partner Wilmar International for $27.5 million. Fonterra will continue to be the exclusive seller of Agrifeeds PKE products through its Farm Source stores.

In an email to farmer suppliers today, Farm Source group director Richard Allen says as part of the co-op’s continuous review of investments, it has concluded that ownership of Agrifeeds “is no longer necessary to ensure farmers have access to sustainably sourced and competitively priced [stock] food”.

In recent years, Fonterra has urged its farmer suppliers to cut back on PKE usage, as international customers demand a better sustainability footprint for food products.

The co-op has also come under fire from environmental lobby groups like Greenpeace for importing PKE and allowing its usage as a supplementary feed.

PKE is a by-product of the palm oil industry, which Greenpeace claims causes rainforest destruction in Indonesia.

The Agrifeeds joint venture was set up in 2008.

“During periods of poor pasture growth or quality, access to supplementary feed plays an important role in maintaining productivity on-farm and the wellbeing of your herd,” he told farmers.

Wilmar has confirmed that there will be no change to the product range available in NZ.