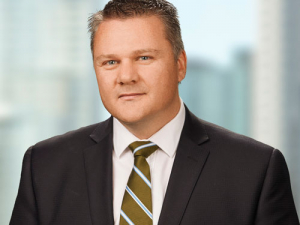 “There’s no two ways about it, these results don’t meet the standards we need to live up to. In FY18, we did not meet the promises we made to farmers and unitholders,” says Hurrell.

“At our interim results, we expected our performance to be weighted to the second half of the year. We needed to deliver an outstanding third and fourth quarter, after an extremely strong second quarter for sales and earnings – but that didn’t happen.”

Hurrell says that in addition to the previously reported $232 million payment to Danone relating to the arbitration, and $439 million write down on Fonterra’s Beingmate investment, there were four main reasons for the cooperative’s poor earnings performance.

“First, forecasting is never easy but ours proved to be too optimistic.

“Second, butter prices didn’t come down as we anticipated, which impacted our sales volumes and margins.

“Third, the increase in the forecast Farmgate Milk Price late in the season, while good for farmers, put pressure on our margins. And fourth, operating expenses were up in some parts of the business and, while this was planned, it was also based on delivering higher earnings than we achieved.”