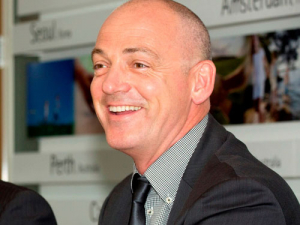 Much of the criticism and shock on Twitter have been directed towards the revelation that former chief executive Theo Spierings took home $8 million in salary and bonuses — for the second year in a row.

Dave Macpherson, Hamilton describes the pay as “a rip-off”.

“Dutch Fonterra boss gets $8.1m as he leaves on the back of Fonterra’s $196m annual loss,” he tweeted.

Paul Brislen replied that he could “efficiently lose $200m for the company and I’ll do it for half!”

Sharemilker Melissa Slattery thinks there’s something wrong with the long-term incentive pay at the co-op.

“What is Fonterra doing to stop repeat for management pay?

“Grinds my gears why is CFO at the time of making those decisions still employed by Fonterra.”

He tweeted that the results are very disappointing.

“The board and management will need to explain the ‘why’ & importantly what’s the go forward plan?.

“Farmers do the hard yards producing the milk & must see big improvements in performance. Regional NZ and the economy relies on a strong Fonterra.”