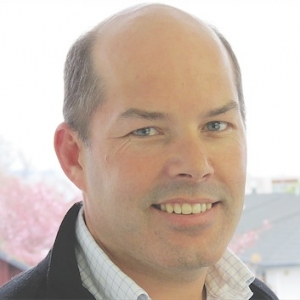 Three more dairy companies – Miraka, Open Country and Westland – are reporting milk flows dipping as dry weather starts to affect grass growth and production, despite reasonable rain in many places in the past week.

Miraka chief executive Richard Wyeth says for the first part of  the season until December they were consistently tracking above last year, but now production in their milk catchment in the greater Taupo region is starting to dip.

“We were ahead going into December, but the deficit from January onwards will mean we will be down on our total production for the year,” he says.

Wyeth says they are holding to their original payout estimate – the Fonterra price plus ten cents – making the projected payout $4.80. But he concedes this is under pressure given the market prices they have seen.

“We have seen some lift in whole milk powder prices but this has been reasonably small and the signals from the market are that it’s going to be some time before China comes back – three-four months, and there are other challenges. It will take a bit longer to drag ourselves out of the position we’re now in.”

Wyeth says the farm gate milk price will more likely be down than up especially as most dairy companies have already sold half their product.

Open Country is also reporting a slight drop in milk flow for the same reasons as other companies.

Chairman Laurie Margrain says while the season in Waikato, Taranaki and Manawatu has been good, the milk flow is “tapering off” – a pity when farmers are facing a lower payout and need every litre out of their cows to offset difficulties ahead.

He says Open Country is forecasting an end-of-season farmgate milk price of $4.40-$4.80, but he hints it will be nearer the bottom than the top of this range.

They are watching every GTD auction and the New Zealand dollar, all of which influence the price.

Upheaval in the international dairy market is due a combination of  factors and they are watching, he says.

“There has been a significant increase in world milk production, some buildup of stocks in Asia, and the Russian factor. This has coincided with climatic conditions in the northern hemisphere and low grain prices in the USA. It would be a big call to attribute the current market pricing situation to any one of those factors – it’s a combination.”

While the CAP on milk production will be lifted in the European Community on April 1, Margrain doesn’t expect this to unleash a ‘tidal wave’ of milk onto the international market.

He says some production  will inevitably hit the market and it may well be in countries to which New Zealand exports.