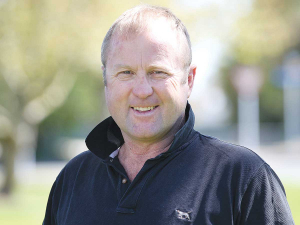 Unlike some other exporters, Fonterra’s scheduling, logistics and delivery activities to all markets are largely operating as normal, the cooperative says.

This is despite the disruption to shipping and supply chains in China caused by the coronavirus update.

“We are keeping a close eye on the situation as it develops,” a spokesperson told Dairy News.

“At this time of the year, a high percentage of our FY(full year)20 supply is already contracted. Our sales teams are working with our customers to understand how coronavirus is impacting their businesses, which will give us an idea of how it may impact ours.

“We remain confident in our forecast farmgate milk price range of $7- $7.60/kgMS, and we have no reason to revise our earnings guidance of 15-25c per share.”

Meanwhile former special agricultural trade envoy Mike Petersen says it will probably take months for supply chains to and in China to clear.

Dairy products as mainly dried products are not so affected as perishable products such as some horticulture. And the lobster/crayfish industry has come to a halt.

“The supply chains in China are certainly empty.  There will be a big sucking sound of people wanting to import product into China once we see a bit of normality resumed,” he says.

This is here for a lot longer than many people realise, he says.

China is letting food products through, he says, but many of the problems lie in the distribution getting it off the ships and off the wharves and in through China.

“I don’t want to suggest that this is all hell in a handbasket because they are definitely trying to get the supply chains moving. But the amount of displacement that has already happened with ships and containers and product means that is going to be disrupted for a long period of time.

“It is going to take a few months for us to get back to normality.”

He thinks the effects will be felt here much more severely than people realise.  A developed country like Italy now has coronavirus so it is no longer only a China problem.

“This is affecting a number of world markets.  That will add to the difficulties. I would say every product in and out of China is affected in some form.

“There is product that isn’t getting to its final destination at this stage.  It might still be on route so it could be held up in transit. There are ships that are anchored off China that can’t get onto their normal shipping routes.”

He says he doesn’t think any company wants to talk about it too much.  “But for a company that is trying to do the best that it can and divert product out of that area away from the disruption - and by and large they have probably done pretty well - but you are taking that influence of China out from the marketplace which has been a massive boost market prices in the last 12 months in particular for the last three years actually.”

We are focused on exports but import from China will also be disrupted, he says.