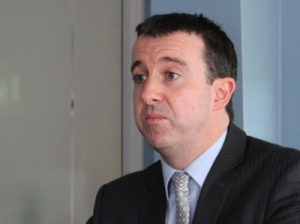 ASB has trimmed their price forecast by 50c, but maintains dairy prices will increase over 2016.

The bank says Chinese economic concerns are spilling over into dairy markets, making the dairy price recovery slow and stop-start.

ASB still maintains dairy prices will move higher across 2016, but time is not on the side of this season's milk price, according to the latest ASB Farmshed Economics Report.

ASB rural economist Nathan Penny says that as a result, ASB has trimmed this season's milk price forecast by 50c to $4.10/kgMS.

"While we have trimmed our milk price forecast, we do anticipate dairy auction prices will move higher over 2016. With this in mind we maintain our forecast of $6.50/kgMS for the 2016-17 season," Penny says.

On a brighter note for farmers, a lower NZ dollar and interest rates are offering some respite.

"We forecast short-term interest rates to fall over the next six months. With inflation set to remain very low we expect the Reserve Bank to cut the OCR twice this year," Penny says.

The NZ dollar is also doing its best to increase farmgate returns. After ending 2015 above $US0.68, the NZ dollar has fallen as low as $US0.63 at one stage in the early New Year.

The guessing game has begun to predict what dairy farmers will get for their milk this season.