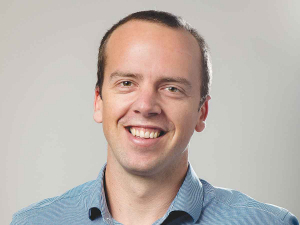 The co-op’s 60 organic milk suppliers are forecast to receive $9.80/kgMS for last season’s milk. A final wash-up payment in October could potentially take that payout into double digits – over the $10 mark – a first for New Zealand dairy industry.

Henderson believes a payout over $10/kgMS farmgate milk price is highly likely – based on returns from sales.

The co-op recently held a round of farmer meetings to update organic suppliers on the global market outlook. It also unveiled a new logo for its organics business.

Henderson says the feedback from farmer suppliers has been positive.

“They are very happy with the record payout and very supportive of the business,” Henderson told Dairy News.

Fonterra’s organics business has evaded any negative impacts of the Covid-19 pandemic raging around the world.

Henderson says demand for organic dairy products has gone up in recent months.

Reports from retailers in key markets – the US, Australia and South Korea – suggest there has been increased demand for organic products as consumers focus on health and wellness during the pandemic.

“The outlook for organics is positive,” Henderson says.

Fonterra’s organic story is a positive one, propped by grass-fed cows and cost-effective farming practices.

Henderson says co-op has one of the best milk stories in the world, with brands that are trusted by consumers around the globe.

Fonterra’s organic suppliers are based throughout the North Island with most milk is processed in Waikato. The Waitoa plant makes organic milk powders and UHT milk, the Morrinsville plant butter and milk powders, while Hautapu produces cheese, whey protein concentrates and milk protein concentrates. Anchor organic milk is generated at Palmerton North.

The list of organic milk suppliers is growing. This season Fonterra will collect organic milk from 74 suppliers and about 25 additional farms are in the process of becoming organic farms, a process that takes three years.

Fonterra's organic certification is linked to US Department of Agriculture (USDA) standards.

Henderson says the USDA organic standards are one of the toughest in the world.

Fonterra’s main markets for organics are the US, South Korea and Australia.

While the co-op doesn’t export organic products to China, sales in NZ and Australia “end up in China”, Henderson told Dairy News.