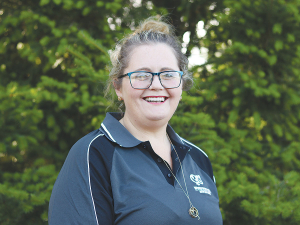 It refers to dairy farmer Louise Tupoutoa having become a WWS breeding specialist “because there had to be a better way”.

“I’ve been involved in dairy farming all my life, growing up on a dairy farm and now involved with my family in a 700 cow farm in Southland.”

She first worked in genetics for another company before joining WWS where “the ‘big guys’ have all put cups on cows”.

“They’re farmers who get around the world to experience hands-on dairying and understand how genetics can solve the challenges farmers are facing,” the company quotes her as saying.

Like a lot of countries, New Zealand is at a crossroads in its onfarm production, she says.

Farmers are facing radical change because, to maintain viability while protecting the environment they need to reduce the size of their herds and maintain or improve profitability.

And that requires a new approach from what we’ve been doing – fertile cows which consistently produce more than 550kg over a long time, Tupoutoa says.

“New Zealand’s breeding worth (BW) evaluation tool was introduced decades ago and has given us a national herd average of 380kgMS/cow.

“Farmers tell me BW isn’t paying the mortgage. I’m frequently learning about heifers which don’t last more than a season in the herd, whose udders and conformation simply aren’t ‘commercial’. The industry, let alone individual farmers, can’t afford this level of wastage.

“The base cow is holding us up as an industry.  Most NZ farmers are doing the same as they were years ago and they’d go further (and assure their viability) if they had better bred animals under the same management system.

“Today’s farmers need animals which will survive many lactations and produce high components. Their farms need to make the same amount of money with fewer cows. When you do that, running costs come down.”

They also need genetics which come from a larger gene pool.

Tupoutoa says it’s generally recognised that there is an unacceptable level of inbreeding in the national herd and that we need more outcrosses and hybrid vigour to produce a robust commercial animal.

“I’m finding more and more farmers are adapting their breeding strategies which produce fertile, productive, profitable cows which last in the herd. Rather than make a radical change, I’m encouraging them to judge the difference for themselves: breed a proportion of the herd to overseas genetics and the balance to NZ genetics. The result is usually very stark in the strength and vigour of the World Wide Sires’ calves, and the heifers as they come into and last in the herd.

“As an industry we have to recognise that cows need to be fully fed to realise their potential. Do that and (with the right genetics) you can average at least 550kgMS/cow.”

Tupoutoa said she knows of cows which are fully fed and averaging 800kgMS.

“These are cows which are a pleasure to milk. They get in calf easily, produce beautiful strong quiet calves and milk like trains.”