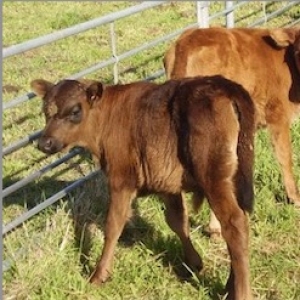 RESPIRATORY DISEASE in calves and young stock can occur sporadically as isolated cases, but also as outbreaks.

Respiratory disease can be frustrating and difficult to control. By definition, the pathogens (viruses and bacteria) responsible for respiratory disease are often airborne, invisible as to how and when they are spread from calf to calf.

In contrast, the pathogens responsible for calf scours are primarily present in the faeces of infected calves and carrier cows, highly visible. So control measures for respiratory disease are based on optimising the immune system of the calf and reducing the risk of exposure to respiratory pathogens.

The respiratory tract has several defence mechanisms to help prevent bacteria, viruses, dust and other particles from invading the lungs and causing respiratory disease: the nasal passages have traps against inhaled particles and humidify incoming air. In the windpipe (trachea) a lining of cilia (tiny hairs) move dust and bacteria upwards towards the mouth to then be swallowed. Coughing helps with this upward movement.

In the lungs, if any bacteria are detected, specific antibodies are activated and bind to the bacteria. Initially, these antibodies are transferred to the calf passively from colostrum. Therefore it is vital that all calves receive an adequate volume of good quality colostrum soon after birth.

Also in the lungs, white blood cells (macrophages) find and destroy bacteria with the help of antibodies.

Along with adequate provision of antibodies from colostrum, the health of the respiratory system will be affected by pre-existing inflammation from chemical or physical irritants.

Ventilation is the key to having fresh, clean air flush out chemical and physical irritants, reducing the risk of respiratory disease in calves.

The number and location of outlets and inlets will depend on building size and design, and the stocking rate of calves in the shed.

Some very large calf sheds require ‘active’ ventilation, i.e. fans and positive pressure ventilation systems, rather than ‘passive’ convection currents. This is not common in Australia.

Note that ventilation is different from draught, i.e. cold air blowing directly onto calves. Avoid this because it may drag down feed conversion efficiency and increase the risk of hypothermia.

The exact air quality, in terms of pathogens/m3 airspace, and air movement, can be difficult to assess. However a simple assessment can be achieved by getting down to the calf level. Do this in several pens in the shed as air flow may differ in different parts of the shed.

You should not be able to smell ammonia or persistent faecal odour and there should not be areas of the shed with cobwebs (this indicates low air flow). If either of these persist, ventilation needs to be improved.

There are many ways to passively ventilate calf housing: whirly birds, Yorkshire boarding, air gaps near the roof line and offset back walls. Some are best planned as part of a new calf shed, many can be retrofitted.

• Dr Gemma Chuck is a dairy vet at The Vet Group in south west Victoria. She has a special interest in calf rearing and is working on a doctorate in this at the University of Melbourne.