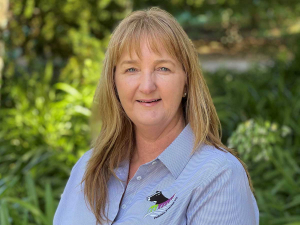 She is the first woman to hold the role in the Federation's 45-year history.

The Federation is responsible for improving, promoting and developing the Holstein Friesian breed around the world.

Holstein Friesian NZ president, Hennie Verwaayen says Watson's appointment was recognition of how far the breed society had come in New Zealand and proof that New Zealand was producing some of the best leaders in the field.

"For a little country at the bottom of the world, I think Cherilyn's appointment shows we can and are footing it with the best in the dairy industry.

Watson was instrumental in securing funding and is leading the development of a new $1 million project, backed by the Ministry for Primary Industries (MPI), to develop an information system to shape the genetics powering New Zealand's dairy sector.

She is also on the industry genetics steering group looking at access to data and genotypes across the NZ dairy industry. She sits on the Breed Association Working Group of ICAR, an international committee setting standards for animal recording, and is secretary of the NZ Dairy Breeds Federation. Watson also serves on the TOP Advisory Committee which steers the development and implementation of TOP traits in New Zealand.

Watson says she is honoured to accept the role and is looking forward to working with the WHFF Council and members to lead the Federation through an ever-changing world from the global pandemic to the environmental challenges facing all dairy farmers.

“New Zealand farmers are facing similar issues to dairy farmers around the world, from managing our social licence to operate, to addressing environmental challenges. I’m looking forward to working with the Council and continuing to both facilitate discussion and help address those challenges.”

Watson said one of the biggest challenges currently facing the New Zealand dairy industry was the development of genomics and the ownership of genomic information for the national herd.

“Overseas the development of genomic testing has already led to more structured breeding decisions about the type of cows farmers both want and need to breed. In New Zealand we haven’t quite got there yet because there is currently no one industry good source of genomic data.”

Watson takes over from Jos Buiting, the Netherlands, who will remain as a Federation Council member. Exiting the role, he highlighted the work of the Federation in recording breeding traits and genetics.

For Matamata dairy farmers Michelle and Bill Burgess, one cattle breed is ticking all the boxed for their milkers this mating season.

Holstein Friesian NZ (HFNZ) says it is keeping member costs down in a tough economy by collaborating with animal health company DairyCare NZ.