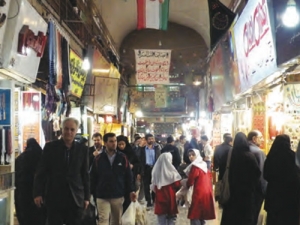  Iranians have a well established tradition of dairy.

The successful conclusion of negotiations and the lifting of nuclear-related sanctions on Iran are welcome news for major dairy exporters.

Many are hoping that the return of Iran to the global stage will bring new opportunity.

Iran is a large, middle income country with an overwhelmingly young (median age 25) population of about 80 million.

Importantly, it has a well established tradition of dairy, which is about 40% of average Iranians' daily protein intake. Cheese, yoghurt and sour milk products are popular traditional products.

Hopes are high that Iran will mature into a large, high-value market for dairy exports. Until recently, Iran was a sizeable dairy importer, particularly of butter and skim milk powder (SMP).

Although the imposition of sanctions by the US and EU did not target food trade, Iran's export earnings and local exchange rate tumbled, reducing its ability to pay for imports. Also, financial restrictions limited access to short term debt, trade credit financing, and shipping insurance for companies wishing to trade with Iran. Consequently Iranian imports of consumer goods fell.

Following negotiations and the conclusion of the Iran deal in October 2015, sanctions were lifted; Australia removed all unilateral trade restrictions against Iran in January 2016.

However, optimism must be tempered by a realistic appraisal of the challenges of doing business with Iran. Some US financial sanctions remain, and many financial institutions are wary of falling foul of these by doing business in Iran.

Further, the reimposition of sanctions removed following the nuclear deal, or new possible sanctions such as those imposed after Iran's ballistic missile tests in October 2015, remain a real possibility.

Wider regional instability is also a problem, and will likely make Western firms cautious about engaging with Iran, at least in the short term.

Despite efforts to improve the foreign investment climate in Iran, the regulatory environment and tax treatment facing foreign companies remain unpredictable and subject to political interference.

Iran is ranked 118th in the World Bank 'Ease of Doing Business' report. Iran also maintains high tariffs and restrictions on foreign trade, with a range of quotas and approval systems in place. The oil revenues that represent about 80% of Iran's export income are depressed due to low global prices. So it appears affordability may be an immediate issue for many of Iran's consumers.

Looking to the future, the Iranian market offers potential for SMP exports and butter.

Liquid milk consumption has grown 2.7% on average, albeit from a relatively low base, due in part to nation-wide school milk schemes and growing awareness of the benefits of commercial milk. However, local dairies have struggled to meet demand, and incomplete cold chains and distribution problems have caused the volume growth of long-life milk to outpace that of fresh milk. This represents an opportunity to supply ingredients for reconstituted products for population centres without local dairy production.

Given the difficulties of doing business with Iran, it is unclear how quickly Western dairy companies will be able to exploit opportunities there. However, there is some foreign presence in Iran, most significantly New Zealand, which has averaged 55% of imports by volume, 90% of which was butter.

Fonterra has publicly welcomed Iran's opening, and expressed confidence in its ability to navigate the complex business environment of post-sanctions Iran. The co-op's managing director of global ingredients, Kelvin Wickham, says, "We know how to do business in Iran."

Danone also has a presence in Iran, through a collection of subsidiaries and local partnerships.

For new entrants into the Iranian market, re-exports via intermediaries in the United Arab Emirates -- Iran's largest source of imports -- may represent the most straightforward way to gain exposure in the Iranian market without some of the attendant risks.

Though Iran's re-joining the global community is welcome news, significant challenges remain. Its importance may have been over-hyped by a dairy industry eager for any good news in the face of an otherwise depressing outlook.

Laurie Walker is an analyst with Dairy Australia.