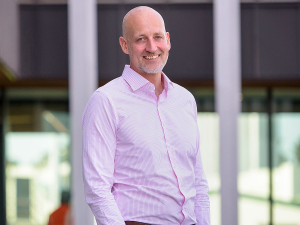 Canterbury-based Synlait Milk has reaffirmed its policy of building no more coal-fired boilers, with the official opening of the country’s first large-scale electrode boiler at its Dunsandel headquarters.

The boiler, already in operation since March, was officially opened with a ribbon-cutting by Prime Minister Jacinda Adern in mid-December.

Synlait chief executive Leon Clement said the boiler came out of the company’s commitment to sustainability stated about 18 months ago.

He said it was more expensive to run and to install, but the company had to consider how the rising cost of carbon would impact its business over the life of the boiler.

“We started to understand that even though today’s cost of carbon is $25 a tonne, at $40 a tonne this electrode boiler made economic sense as well as environmental sense.

The 6MW, 11kV boiler generates high-pressure saturated steam at 180degC, used to pasteurise and sterilise milk, clean production lines and equipment, and assist in forming production packaging, among other uses.