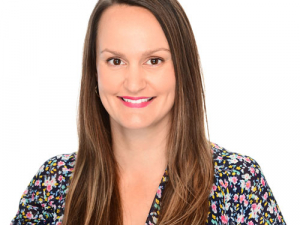 Rabobank says it doesn’t share Fonterra’s optimism about the international situation this season.

The bank predicts the farmgate milk price to dairy farmers will be $6.80/kgMS, not the $7.00/kgMS promised by Fonterra.

Emma Higgins, Rabobank’s dairy analyst, says the reason for the 20c difference is the unfolding situation in China where local milk production is rising.

Higgins says while a softening of the New Zealand dollar has been helpful, Rabobank sees weakness in the second half of the 2018-19 season because the rise in local Chinese milk production is likely to reduce its imports of milk products, affecting NZ’s whole milk powder.

“NZ places a lot of emphasis on China; it’s our largest trading partner in dairy. That market has been really supportive in the price rally we have seen in this calendar year; it has also helped to underpin a recovery from the dairy downturn a couple of seasons ago.

“Also helping NZ in the last couple of years have been hot summers in China which reduced local production by about 6%. But assuming the current season improves we expect NZ milk production to rise which in turn will reduce China’s need for imports from countries such as NZ.”

Fonterra says the launch of its carbonzero-certified speciality milks signals that it is serious about acting on sustainability.

Former Fonterra Shareholders Council chairman and Waipu farmer Simon Couper looks at the strategies of Fonterra's competitors to see how the co-op can strengthen its own strategies.

OPINION: Fonterra has quietly offloaded its 50% stake in Agrifeeds, a major importer of palm kernel expeller into New Zealand.