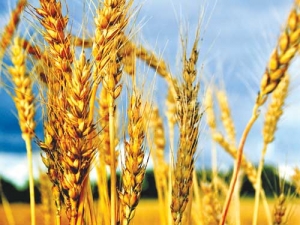 Grain output in Europe is tipped to fall.

Moves to ban triazole fungicides will see the alternative SDHI chemistry soon overcome by resistant strains of disease resulting in lower yields across the board, NIAB TAG’s Bill Clarke warned.

For European growers the outcome won’t be catastrophic: yields will fall but prices will rise to compensate, Clarke predicted. But for poor countries reliant on grain imports the outlook is grim. “I believe people will starve,” he said.

The reason EU legislators plan to ban triazoles is a theoretical endocrine disruption risk, but after four decades of widespread use there’s little or no data to show they’re causing problems, said Clarke.

He’s lobbied hard to get legislators to reconsider but says he has “almost stopped” because his arguments are falling on deaf ears in France and Germany. “The UK Government is very aware of this issue. The problem is in the European context.”

Clarke said he was at a loss how to persuade the policymakers to reconsider, but later made a comment which could hold the answer.

“How many migrants will be picked up from the Mediterranean when these people are starving as well as being persecuted?” he asked, reflecting on the tens of thousands who have already fled North Africa and Syria this European summer.

New chemistry won’t replace the triazoles, he says, as the extreme cost of product development and meeting ever more stringent legislative requirements has slowed the supply of novel actives “to a trickle”.

“This is part of the problem. People think the cavalry in the form of new chemistry will come over the hill at the last minute but all the new chemistry we’ll see in the next 10 years will not replace the triazoles…. This is a very short-term thing that’s going to happen and it will happen in less than ten years, and possibly within five years. We have to react now.”

That reaction, from a UK perspective, should be a change to the Recommended List system to favour more disease resistant cultivars.

“If you had 5% lower yield but half the spend on fungicides why wouldn’t you grow it? At the moment we don’t have a system for doing that.”

Average wheat yield response to fungicides in UK Recommended List varieties in 2014 was 1.7t/ha, with the response of the more disease susceptible recommended cultivars up to 2.7t/ha. The highest response in the trials was 7.9t/ha with a wheat cultivar that would “never get recommended” but the fact it was entered for consideration highlights breeders’ focus on yield before disease resistance. “We select on treated yield all too often.”

Clarke says the looming triazole legislation means frequently aired aspirations of raising yields in the UK are a pipe dream.  “Everybody talks about getting off the yield plateau. Well we’ll be lucky to stay on it,” he said.

New moves are afoot, this month, to try to resolve the issue of tariff rate quotas (TRQs) which will threaten New Zealand sheepmeat exports to Europe when Britain leaves the European Union (EU) next year.