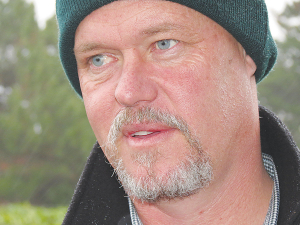 OPINION: Mitigation strategies killing off the microbes that construct methane from free hydrogen are ineffective, because that hydrogen must be disposed of.

Strategies like vaccination against methanogens, or potions in the feed to kill all methanogens, have never been demonstrated, anywhere, to reduce methane long term and still maintain rumen health.

Given vaccines in Australia and then New Zealand have had more than 25 years of sustained research without any success, there is no chance of this approach being industry ready.

Other strategies use feed supplements that soak up some of the hydrogen - and these are widely used internationally - with unsaturated fats and nitrates, are the most successful. These have been repeatedly demonstrated to achieve 10-15% methane reduction, when used in barn-fed diets where every mouthful can contain these.

But in New Zealand pasture feeding systems, supplements can only be fed sporadically, and there is about 400% more water washing through the rumen than barn-fed diets. Both of these make keeping a rumen concentration of any hydrogen 'soak' very difficult, and such supplements therefore have less reduction in methane outputs in these systems.

Other approaches target the chemical construction of methane, rather than killing methanogens. The best known of these is a synthetic compound called 3-NOP, marketed by DSM and in current trials here in New Zealand, independently researched by Fonterra, not the Government.

Reductions of about 30% in methane output have been reported in barn-fed diets overseas, but not in pasture-based diets for the reasons above. In pasture-based dairy systems - where twice daily shed feeding is possible - it may be possible to achieve the 10-15% reduction, but to date this has not been consistently shown.

There are no other similar compounds available for industry use at present.

Finally, what about genetics? Can we select out 'low methane' cattle or sheep to solve the problem of trying to feed supplements to pasture based stock?

While studies have demonstrated differences between animals, there is a natural boundary in the size of reduction possible, for the basic realities of rumen digestion outlined above. So again, reductions less than 10-15% are likely.

The realities of breeding such traits into the industry herds and flocks of New Zealand, while keeping the genetic gains they already have, means any such tool is a generation away.

Which leaves New Zealand livestock industries in a tight spot, because the Government has promised GHG reductions that the dairy, beef and sheep sectors can't achieve - except by slaughter.

Is there another way?

There is a partial solution, for beef and sheep sectors, that could significantly reduce methane output without requiring herd and flock slaughter.

If the animal achieves that carcass in a shorter life cycle, because they have been fed better, then the methane output to produce a kilogram of that food product is less. Fewer days to slaughter equals less methane output.

Recent Lincoln research by Zivana King and me, quantified methane outputs in various New Zealand beef systems currently in operation. Lifetime methane output is reduced by more than 50% when beef steers are slaughtered at 16 months, compared with the current slaughter age of most New Zealand steers of 28 months.

Early slaughter through better feed efficiency should be pioneered by New Zealand beef and lamb sectors as an example to be followed internationally. However, even with widespread adoption of this, New Zealand ruminant food producers, as a single entity, will not be able to meet the Government's reduction promises.

OPINION: The ink was barely dry on the Government’s newly released emissions reductions plan before the whining began.