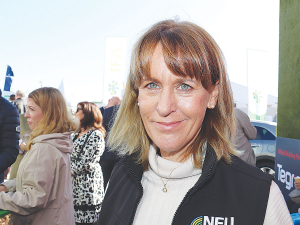 OPINION: On the face of it, the recent free trade deal announced with the United Kingdom appears to be a big win for New Zealand's farming sector.

Plaudits have, rightly, been heaped on the NZ negotiators from all sections of the NZ farming landscape.

There is little doubt that they were able to take advantage of the UK's desire to secure new trade deals in the wake of Brexit and its keenness to join the CPTPP to gain a favourable result. Good on them!

While the deal is still only an 'agreement in principle', when it comes to fruition the opportunities for NZ's primary sector look very good.

The deal sees a mix of instant access and transition periods for many of our key agricultural goods. It's been predicted that the deal could be worth a billion a year to NZ when it comes to full force.

Red meat producers may be somewhat disappointed with the long lead-in time to full access to the UK, but the reality was this was always going to be tough to get over the line.

We have already seen its Red Tractor food assurance scheme make false claims about some of the animal welfare and quality issues of NZ farm produce compared to its British equivalents.

It is on this note that NZ farmers will want to carefully read the actual details of the deal when it is finally published. British farmers currently face a number of severe bureaucratic regulatory restrictions in the way they farm - so watch out for similar restrictive practices and stipulations weaved into the fine print of this deal.

If NZ farmers currently think the proposed climate change, freshwater, biosecurity and animal welfare (etc, etc) regulations they are currently getting dished up are tough, then just wait to see what our negotiators have promised the Brits in this deal.

Remember, when something looks far too good to be true, it usually is!

UK farmers sceptical about benefits to them

"A very good deal, by any measure, for our country."