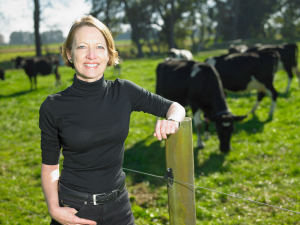 Could soil organic matter be used for carbon credits?

When these organisms die they contribute to the organic matter. The recycling is not complete because the mineralisation of the organic matter, which is about 58% carbon, releases carbon dioxide and also releases nutrients. The fate of those nutrients depends on rainfall and drainage, activity of plants and other soil organisms and ability of soil and organic matter to ‘hold’ nutrients in the soil profile.

It is one of the conundrums of organic matter that it is both a source and sink of nutrients. Another conundrum is that organic matter holds water, but if it dries out it can be difficult to wet up again.

Overall, it adds considerable value to agriculture because it supports plant growth.

It has also been proposed as adding value through carbon credits.

Like trees growing, when soil organic matter is increasing it sequesters carbon. But unlike tree trunks, the soil organic matter is associated with nutrients which have value in themselves. The cost of building a tonne of carbon into the soil has been estimated at five times that of the carbon credit at present prices of fertiliser.

This means that adding more requires a significant change in management – increasing nutrient input (such as fertiliser) or decreasing offtake (by reducing stock numbers, for instance).

This is the basis for regenerative farming, and America has reported an increase to 6% organic matter by using lax rotational grazing. NZ is already, on average, at 8% organic matter under pasture.

America and Australia are discussing bringing soil carbon into a reward system for farmers. This sounds attractive until the details are considered. On a yearly basis, changes in soil organic matter are small and against a large background are difficult to measure. In addition, in NZ variability is very high across the landscape. A further problem is that organic matter is eroded during drought because the soil organisms breaking it down continue their activity, but plants aren’t growing and replenishing it. Farmers could then be faced with a liability.

And who would do the measuring? Another person with a tick-box clipboard?

It is likely that soil organic matter will be included in farm environment plans as an indicator of good management.  And farmers already know about good soil management. We know that to increase worms (and other soil organisms), water and nutrients make the difference; the area where the effluent has been sprayed tends to be a hive of activity.

The difference on the Canterbury Plains now in comparison with 20 years ago is considerable. Irrigation and nutrients have built up the organic matter and erosion has been reduced. Dust storms are almost a thing of the past.

Research, much of it funded by the NZ Agricultural Greenhouse Gas Research Centre, is continuing with the aim of understanding more about the ‘black box’, but at the moment adding it to any sort of carbon trading is not advised.

• Dr Jacqueline Rowarth has a PhD in Soil Science (nutrient cycling) and has been analysing agri-environment interaction for several decades.