Get in first before it's mandated 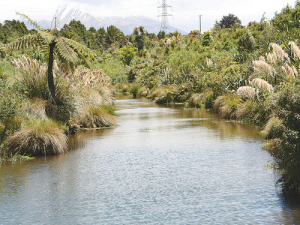 The message is in response to signals from regional and national government that stricter environmental regulations are coming.

Speaking on a recent BLNZ podcast, environmental policy manager Corina Jordan said the government can only regulate when it has reason to do so.

“If we can ensure that as a farming community we are not giving them reason to intervene in our farming businesses due to environmental and public concerns, then we are safeguarding ourselves from having stricter regulation forced upon us.”

Jordan says the BLNZ environmental team spent a lot of time last year talking to farming communities about policy changes in NZ and the drivers behind those changes. These include public and political concerns about farming and the environment, and changing consumer attitudes toward food production systems in NZ and other countries.

“In NZ there is growing public concern about farming and its impact on freshwater resources,” she says. “Initially the finger was pointed at the dairy sector, but recent media attention has drawn the red meat sector into the spotlight with concerns over winter grazing practices and feedlots.”

Jordan says it is important that the sector responds. Losing a social licence to operate will impact on the resilience of a farming business.

“It’s important in relation to our businesses and the opportunities for the future of our businesses, that social license is enhanced and not eroded.”

She says many of the policies promoted by regional and national government have been underpinned by reports from the multi-sector Land and Water Forum, and because of existing rules that land be managed within environmental limits.

The forum was asked by government ministers to consider four key issues: to hold the line or improve water quality, look at a resource allocation system that is fair and equitable, sediment management, and good management practices (GMP).

“GMP encompass what society expects farmers to do when they are, for example, winter grazing.”

BLNZ believes environment related issues such as these should be dealt with at catchment level. “Every catchment is different in water quality, nutrient loading or sediment loss depending on geology, climate, soil, farming systems and proximity to urban populations,” Jordan says.

“We need to make sure that when the rules are written they have the flexibility to allow farmers to do what they want to do while operating within environmental limits.”

Jordan says within the policy setting process there is opportunity for farming groups to co-create policy with regional councils so that the policies will work for them.

BLNZ has developed resources that guide farmers and farming groups through the policy-making process. They have worked alongside farmers in Waikato, Southland and Canterbury as their regional councils set their freshwater standards.

“When farmers understand the issues, they can then decide what they want to do about it,” she says.

“National legislation is effects-based so in order to intervene with regulation, the regional council or national government must have a reason to step in. If farmers are addressing these issues themselves, they are less likely to intervene with repercussions.

“We need to take control of our own destiny.”