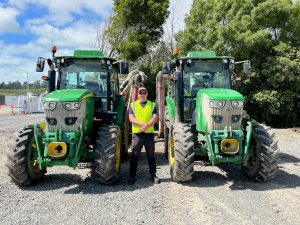 The health of agricultural workers exposed to harmful airborne chemicals is in the spotlight, with one company introducing New Zealand-first technology to limit exposure and help meet the need for increased protection.

A Massey University study found agricultural workers have the highest incidence of leukaemia of all New Zealand occupation groups, likely because of their exposure to chemicals; and there are reports of vineyard workers refusing to operate tractor sprayers due to potential health risks. These can include cancer and respiratory disease.

Canterbury-based company Landlogic Ltd, which supplies New Zealand’s primary sector with machinery and technology, has introduced a new cab air filtration system to the market in a bid to increase worker safety.

The system is manufactured by Freshfilter, a manufacturer of cab overpressure systems designed to meet strict European standards. It is the first time the technology has been available in New Zealand.

“Companies are doing the best they can and have been raising concerns about the lack of protection for some time, but there simply hasn’t been an effective option on the market. We are pleased to offer a solution that we know many employers will want to adopt,” says Landlogic chief executive Alan Cottington.

“We are already aware of four operators who refused to drive spray tractors as they were concerned about the health risks. It is not uncommon to drive down the road beside vineyards and farms, and smell the spray, and the operators are arriving home each night with their clothes smelling from the chemicals.”

Cottington says the system can be retrofitted to existing vehicles for approximately $7,000-$9,500. It uses patented airflow technology that offers the highest protection from contaminants, including agrichemicals, asbestos and dust.

A combination of high-grade HEPA and charcoal filters blow purified air into the cab and prevent contaminants from entering.

A digital touch screen provides the operator with real-time information on hydrocarbon, contamination and air pressure inside the cab, and text message alerts can be sent to the site manager if high levels are detected.

It is expected New Zealand companies operating in the construction, mining, asbestos removal, horticultures, and forestry industries will also be interested in the system, as it offers protection from a wide range of airborne contaminants – not just agrichemicals.

“There is lot of focus on reducing spray drift to protect the environment and health of neighbouring residents, and rightly so. But solutions to protect those most at risk – the spray operators – have been minimal, until now,” Cottington says.

The first company to use the Freshfilter system in New Zealand is Yealands Wines. The Marlborough winery has installed the system on all 14 of its spray tractors.

“As far as we are concerned, we want to be sure our staff are working in a safe environment. We can now promise all our operators that they will not spray without a Freshfilter system. The display screen inside the cab is added reassurance, as it constantly monitors the air quality.”

Collingwood says the only other option available was to purchase an entire fleet of new tractors, which can be cost-prohibitive.

An independent laboratory analysis of the Freshfilter system confirmed it is more than 99.95 percent effective at protecting against harmful airborne contaminants –  exceeding international standards for HEPA filters.

The Freshfilter cab air filtration system was first produced in 2004. The technology is now being used in several countries including Germany, France and America, and the Netherlands-based factory is increasing capacity to meet international demand.

A Bay of Plenty decision last week to put about 3000 kiwifruit orchards on a ‘hazardous’ list has implications for all agriculture nationwide, says an industry leader. 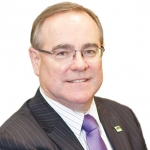 If hundreds of sheep or cattle were found dying at a farmgate there would be a national uproar, Federated Farmers bee industry chair John Hartnell told a recent conference.

RURAL CONTRACTORS New Zealand has endorsed the warnings made recently by Waikato Regional Council that agrichemical contractors operating without certification are breaching regulations.

Rural residents with unwanted agricultural chemicals or other hazardous waste are being encouraged by Auckland Council to sign-up for an onsite collection this month.