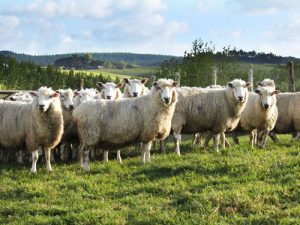 But the jury is out on whether it will continue, says Wool Services International chief executive John Dawson. Or will they take a breather and then come in later?

China can be in and out – very active, then no activity at all, Dawson told Rural News.

“It is difficult sometimes to pick the timings… but there has been more activity probably for the last six weeks.”

That’s clearing both backlog and new wool. The strong wool price indicator is probably only 10-15 cents/kg off its low.

But the Chinese tend to operate out of New Zealand in the finer crossbred end of 30-36 micron, Dawson says. That area has shown more life.

“So it is better but it is early days in the season. The weight of wool comes on the market January to April. Stocks are still being held by brokers, farmers and exporters. So as usual it is not a totally clear picture.

“We just hope the market continues. We monitor that all the time and try to do our best to keep things moving.”

But ultimately those decisions will be made offshore and there is no clear trend at this stage.

“So it is more positive. Obviously the last two years have been bad, especially price-wise. But you’ve got to be a bit wary about making brave predictions. You’ve got to see the evidence first.”

CP Wool national wool manager Simon Averill agrees that sales to China are picking up and other markets are holding.

“It would be fair to say the stockpiles of hold wool are now moving; we are selling more than we are receiving,” he says.

“We could see some volatility in the market over the next period as larger volumes come on stream. This combined with the price-sensitive Chinese buyers could cause some wool types to be in demand at the expense of other wool types.”

The double auctions in the South and North Islands attracted more interest yesterday.

The South Island sale of 8565 bales comprising a wide range of wool types saw good support with 78% of the offering selling.

The more varied offering at this weeks' South Island auction saw targeted buying with better demand for the longer wools.