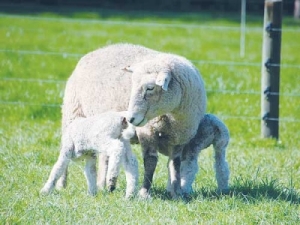 The weighted currency indicator was up 2.06% compared to the previous week's auction.

Dawson advises a selection ranging from 21 micron merinos to 42 micron coarse wools with a cross section of styles and lengths provided attractive options to buyers which overrode the possible negative impact of the stronger dollar compared to the similar South Island offering on July 14.

Fine crossbred fleece and shears were 2 to 3% firmer. Coarse crossbred full fleece lifted 3% for all styles with coarse shears ranging from firm to 3.5% dearer. Oddments were up 3 to 5%.

Where comparable to last week's North Island auction, levels are 4 to 7% higher.

The next sale on August 4 comprises about 5000 bales from the South Island.