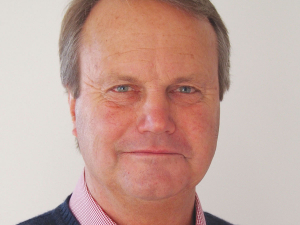 Regional councils won’t be anything more than “unpopular policemen” if the discussion document on freshwater goes the way the Government is proposing, says a newly elected Canterbury regional councillor.

Mackenzie brought an impressive CV to a region where politics are dominated by water, environment and land use.

He has farmed in the Ashburton District for 40 years, served on the national board of Federated Farmers as environment and water spokesman, and on the Land and Water Forum. He was on the national objectives framework reference group which made recommendations to the then Minister for the Environment Amy Adams for the first National Policy Statement on Fresh Water.

“Some of what I hope to be able to achieve will depend on the outcomes of this discussion document on fresh water,” he told Rural News.

“If that goes through the way the Government is proposing then there’s not much scope for the regional councils to be anything other than an unpopular policeman – which is not why I put my name forward as a candidate.

“But assuming the Government sees sense and we get some sensible outcomes more in line with the first NPS on freshwater then there’s quite a lot of scope,” he said.

The council was replaced by Government appointed commissioners for two terms, then in 2016 seven councillors were elected and joined by a number of commissioners in a transitional council.

Of the seven councillors elected in 2016, five sought re-election this year and four have been successful.

Sunckell says he is happy to have been re-elected.

“You don’t know how people see you and how they view your first term, so I’m really pleased to be back.”

Sunckell was impressed by some in the new line-up.

“There’s some really strong people with good education and backgrounds in water and science and governance so that’s a positive.”

Another with strong farming connections is Darfield farm environment consultant Megan Hands, who has been elected to one of the mostly urban Christchurch constituencies.

Hands is from a Hawkes Bay farming family and grew up on a dairy farm in Manawatu before studying at Lincoln and now runs her own consultancy, LandSavvy.

A resource not a pest

A conservation and hunting lobby has criticised a call by Environment Canterbury for more funding to prevent a national plague of wallabies.

ECan has approved a farm environment plan (FEP) template for use by farmers under the new Canterbury Land & Water Regional Plan.