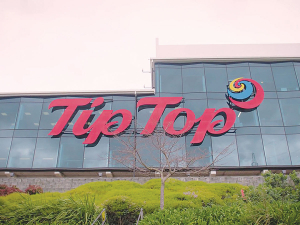 The $380 million paid by Tip Top Ice Cream’s new owner Froneri is “a drop in the bucket” towards improving the co-op’s balance sheet, he says.

“Fonterra still has to more to do to strengthen its balance sheet,” he told Rural News.

The sale price of Tip Top Ice Cream was $100m more than the business’s book value.

The co-op last year posted its first full-year after-tax loss of $196m and immediately said it would review its assets.

At its half-year result announcement in March, Fonterra said it was on track to reduce its debt by $800m by the year’s end.

Fonterra will also sell its stake in DFE Pharma – a 50/50 joint venture set up in 2006 with FrieslandCampina.

Also under review is its controversial 18.8% stake in the troubled Chinese company Beingmate.

Froneri, the world’s third largest ice cream manufacturer, will retain the Tip Top brand and absorb all employees into its workforce.

Williamson says there were some concerns that Fonterra may not have been able to get a good price as Tip Top’s factory at Mount Wellington is getting old and needs substantial upgrade. But many businesses were interested.

Fonterra chose a global ice cream maker who was willing to pay a premium for the business, he says.

Commenting on plans for the business, Tip Top managing director Kim Ballinger says as part of the Froneri business Tip Top will benefit from the new owner’s scale and expertise.

“Our vision is to build the world’s best ice cream company. An important part of our strategy is to develop local market successes and roll them out across our other markets.

“Our consumers are at the heart of our business and we intend to invest in the Tip Top brands, products and manufacturing facility to ensure we continue to excite the market and NZers with delicious high quality ice cream made from fresh NZ milk and cream.”

“Since we took ownership of Tip Top in 2001 a lot of work has gone into ensuring it remained NZ’s leading ice cream company.”

A big attraction in the sale to Froneri is that Tip Top and Kāpiti ice cream will be continued use of fresh milk and cream from New Zealand grass-fed cows, Hurrell says.

“We’ve signed an agreement with the new owners to supply milk which ensures that Fonterra farmers will continue to be part of the Tip Top story.

“We will also retain full global ownership of the Kāpiti brand and will be licencing its use for ice cream to Froneri. This means our popular Kāpiti cheese isn’t going anywhere.”

Hurrell says Fonterra understands the strong connection NZers have with Tip Top and it is important for the co-op to see that it’s in good hands.

❱❱ Froneri is second largest manufacturer of ice cream in Europe, the third largest worldwide and the number one private label producer worldwide