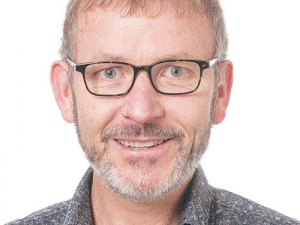 Only about 20% of stock in the whole meat industry is actually being supplied to processors on contract, says Dr Nic Lees, senior lecturer agribusiness management at Lincoln University.

That means 80% is being supplied on a spot market where price and quality can be highly variable, he says.

Lees told Rural News the results showed only about 40% of the farmers supplied any stock on a supply contract on some level. Of those farmers, on average they would supply about half their stock on contract.

“So the proportion of the industry delivering product to specific quality and delivery standards is pretty low at 20%.”

The three industries together make up 12% of NZ’s exports and currently contribute $5 billion a year to the NZ economy.

“NZ is missing out on higher market returns for meat exports because of a lack of commitment and trust between farmers and meat companies,” he says.

“We effectively still have a system driven by production rather than market requirements. Farmers sell stock based on their farming requirements and the number of stock and quality often does not match market needs.”

Lees says long-term committed relationships are necessary because processors and exporters want to build relationships with customers and customise products to meet the customers’ needs. They need commitment from farmers to deliver stock when required and to the quality standards required.

“If farmers aren’t committing to those supply chains it is very hard for the meat company to deliver a consistent product when the retailer wants it,” Lees says.

“So what tends to happen is you get much more selling of commodities because you can’t commit to delivering higher quality and more consistent product.”

“Relationships take time to build and particularly in the meat industry farmers have long memories and it takes time to build that trust,” says Lees.

“We looked at the processor side in terms of defining what they would call supplier performance. That was on things like quality, communication and loyalty…. and also profitability because processors actually want their farmers to be profitable.

“It is important to the processors that they have a long term viable supply base. If the farmers aren’t profitable they aren’t going to be reinvesting in their farms and they may not even be there in the long term.”

The Lincoln University research has developed tools for companies to measure the quality of their relationship with suppliers and identify what they can do to improve.

A number of exporters are already using these tools and there is potential for wider use by agricultural and horticultural companies.

Lees says he came up with a scale of how you could measure relationship quality. “That is a bit similar as to how you would measure IQ,” he says.

“You can’t directly measure IQ but there are tools you can use which correlate strongly with the concept of IQ. In the same way relationship quality is a conceptual thing.”

What the tools enable processors to do is be able to identify that and track their relationship quality over time. “If they are investing in building quality relationships they can see whether they are actually capturing that.”

Lees says he worked with a number of processors that were delivering higher value products and he saw that relationship quality was a very important part of that.