Sheep milk sector can be a winner for NZ 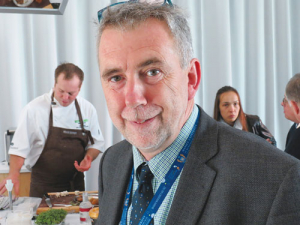 But this is good, says Craig Prichard, of Massey University’s School of Management, because he would hate to see people get too excited, given that the industry still has a long road to travel.

The industry faces big challenges and its emphasis now is on improving the genetics of milking sheep in NZ and on developing new food products.

Farmers, scientists and agribusiness professionals attended the conference, as did people from Australia and France, including staff from a company supplying genetics to NZ farmers.

Prichard says some people think sheep milk is still novel, but he wants them to get over that novelty notion and focus on the great food dishes and other things the NZ industry is producing.

“NZ already produces some amazing sheep milk cheeses,” he told Rural News. “Once we have worked out what their particular strengths are we’ll find a cheese that will rival others around the world.”

He says the tastes and styles of sheep milk products vary from region to region in NZ, as in Europe. He points to a sheep milk cheese maker in Nelson whose cheeses have a very distinctive flavour.

“And Kingsmeade Cheeses, in Wairarapa, and the new group emerging there, are working on a product range that is really exciting. Obviously you have three big producers all pushing hard to get their production up to get some return on their investment.”