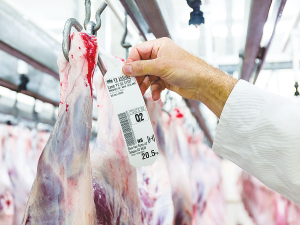 The Chinese market’s importance keeps growing for the dairy sector, with exports growing 21.5% over the last year and now accounting for 31.2% of total dairy export revenue.

Milk solids production for the 2019-20 season is expected to be slightly down (0.3%). This will translate into export volume declines for some key dairy commodities (especially WMP). But growth in high value products such as infant formula and “other” liquid milk products such as UHT are expected to continue.

Relatively strong farmgate returns are expected in the upcoming 2019-20 season: the all-company average farmgate milk solids payout is forecast to be $6.86 (including any dividend).

Meat and wool export revenue is forecast to reach $10.1b for the year ending June 2020, a 1% fall from the previous year due to a slightly lower production outlook. Slaughter weights reached record highs for both lamb and mutton in the year ended June 2019 at 19.1 kg and 26.8 kg, respectively, due in part to good pasture growth.

Beef production is forecast to fall slightly in the coming year to 676,000 tonnes.

New Zealand’s beef and veal exports to China have doubled over the last year from $639 million to over $1.2b in the year ended June 2019. China is now NZ’s largest beef export destination.

Beef prices have been strong since 2015 and sheep meat prices over the last two years.

Assuming average pasture growth in the year ending June 2020 and fewer breeding ewes, lamb and mutton production is expected to fall slightly from last year’s level to 357,000 tonnes of lamb and 87,000t of mutton.

Prices for strong wool have been subdued for the last three years and prices are unlikely to improve in 2020. Meanwhile, fine wool prices are starting to fall from the records seen in 2018 and 2019 due to weaker Chinese demand. Overall wool export revenue is forecast to decrease 8.4% in the year ended June 2020.

Horticulture export revenue is forecast to grow 3.8% to $6.3b in the year ended June 2020, with slightly lower yields in the main crops contributing to lower growth this year.

NZ apple exports to China in the first half of 2019 were double those for the same period last year.

Apple and pear export revenue for the calendar year 2019 is expected to exceed $800m due to increases in both export volumes and prices.

Higher kiwifruit prices bring the forecast revenue up 4.5% to $2.53b for the kiwifruit season ending March 2020, despite kiwifruit production volumes for 2019-20 being on par to slightly below last season.