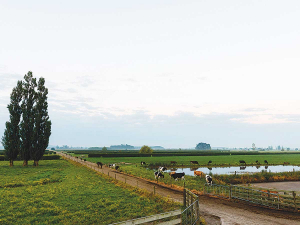 Overall, there were 441 farm sales in those three months, compared to 282 farm sales for the same period in 2019.

Otago recorded the most significant decline in sales with Wellington and Gisborne also recording fewer farm sales than 2019.

“The increase in sales volumes throughout the rural sector would indicate the banking sector is beginning to emerge from the deep freeze.”

Finishing farms accounted for the largest number of sales with a 34% share of all sales over the three months to November 2020.

Farm sales are dropping but the rural real estate market remains reasonably solid, according to the Real Estate Institute of New Zealand (REINZ).

Data released this week by the Real Estate Institute of New Zealand (REINZ) shows there were 50 fewer farm sales for the three months ended May 2022 than for the same period in 2021.

Farm sales have dropped in the three months to February 2022, according to data released by the Real Estate Institute of New Zealand (REINZ).

Farm sales down across the market

There were 36 fewer farm sales for the three months ended February 2022 than for the same period in 2021, according to data released by the Real Estate Institute of New Zealand (REINZ).