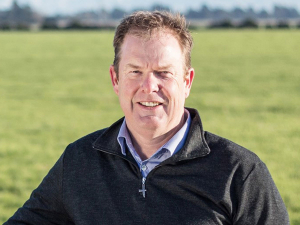 The letter was presented to the Master of the Federal Crimson, a ship chartered by Ravensdown, following its berth in Napier Sunday morning with phosphate mined in the Western Sahara.

“We’re aware of some of the RMTU members’ concerns about this particular shipment of phosphate rock,” says Greg Campbell, Ravensdown chief executive. “While we disagree on this particular topic, the relationship with the unions is very important to us.”

“So many New Zealand workers are involved in bringing in essential nutrients and exporting the food that is created using those nutrients. The food and fibre exported through the ports would decline significantly without phosphate cargoes like this,” says Greg.

The ship’s Master agreed on Sunday that the presentation by RMTU members could go ahead.

The Rail and Maritime Transport Union (RMTU) says it has been advised that the cargo of phosphate on the ship may be illegal. It says port workers have the right to refuse to berth or work ships with such cargo.

Ravensdown has consistently stated the trade is legal and welcomed by the Saharawi who are employed at the Phosboucraa mine.

“Ravensdown does its due diligence on its supplier (called OCP) and that supplier details how they help the local people - they are the biggest employer of Saharawi in Western Sahara,” says Greg Campbell.

Ravensdown says the UN has a framework about using resources from areas where the sovereignty is currently undecided.

“The compassion of the protesters for those held in Algerian-supported camps is undeniable. But what the protesters are proposing also puts at risk the livelihoods of the Saharawi who are employed by OCP,” says Greg.

“I’ve met personally with the activists who are talking about disrupting the legal unloading of this cargo. While any intended protest action at any site is beyond our control, we would always expect protest organisers to consider the safety of all involved.”

Ravensdown supports the efforts by the UN to seek a political solution of the dispute, but in the meantime it say it is exploring additional sources of phosphate rock whilst encouraging OCP to do what it can for the local people.

• Morocco is largest of the phosphate exporting countries with 70% of the world’s known phosphate reserves.

• New Zealand exported a third of a billion dollars’ worth of products to Morocco between 2011 and 2015.

• Morocco has partially-controlled Western Sahara since 1975 following the withdrawl of Spanish colonial forces. RMTU says 173,000 Saharawi people have been living in refugee camps in South West of Algeria as a result of conflict in the disputed territory.

• RMTU says it wants all phosphate imports from Western Sahara halted until the legal status of the territory is determined and the Saharawi people granted self-determination in accordance with relevant UN resolutions and Peace Plan of 1991.