Pros and cons for forestry changes 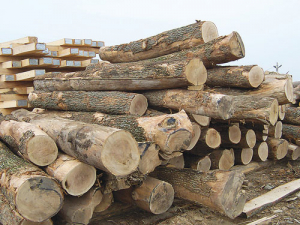 There are both pros and cons for the forestry sector in proposed changes to overseas investment, according to Duncan Cotterill Law’s Christina Lefever.

Changes coming through from the Government on overseas investment in forestry have pros and cons, says Christina Lefever, a special council with law firm Duncan Cotterill.

Forestry cutting rights are being brought under the overseas investment regime but they are making processes more straightforward, Lefever told Rural News.

One of those is the counter-factual test – where the investment is compared with a hypothetical New Zealand purchaser that may or may not exist.

“They have eased up the counter-factual test for overseas buyers buying up bare land to plant new forest. Their investment will be compared with the current land use. There will be no requirement to essentially compare their investment against some possibly hypothetical NZ purchaser who might also plant a forest.

“There will probably be a requirement to commit to replanting on harvest as well. But over and above that they don’t need to show some benefit above what any other forestry owner might actually do. That can be difficult to demonstrate when you are buying existing trees that will keep on growing regardless of who owns them.”

Lefever says the Government’s announcement that the Overseas Investment Act would be amended to cut out red tape is a positive signal to potential investors.

Forestry Owners Association president Peter Weir says though he still can’t see the point of including cutting rights in the scope of the OIO, the deepest objection to the working of the OIO seems to have been removed.

“Forest Owners said when the Billion Trees in Ten Years Government target was formulated during the coalition negotiations that it would be very difficult to achieve that many trees planted if there were onerous obstacles to overseas investment imposed at the same time.

“Our industry as it is will be planting half of the total but to get to the billion trees New Zealand will need a lot of additional land, labour and investment. Investors are very sensitive to market signals, and quite frankly the Government signals have been mixed over the past few months.”