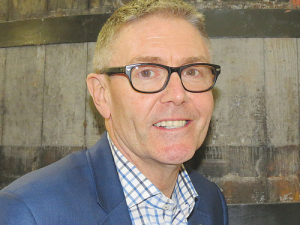 This comes under the Government’s Sustainable Foods and Fibres Futures programme.

Hapi Research is a joint venture of the Wellington craft brewer Garage Project and an American-owned hop grower, Freestyle Farms, Nelson, partnering with MPI in an initiative seen as ground breaking for the hop industry.

The aim is to accelerate the development of unique NZ hops and expand the already fast growing craft beer industry. About 800 new jobs and greater export returns are possible.

Also involved are Plant and Food Research working on the cultivars and Otago University whose beer research unit will focus on flavour.

The independent chairman, Brett O’Reilly, says NZ’s hop growing industry is much more important than most people realise. At the 2013 America’s Cup in the US he met a group of California brewers who were complimentary about NZ’s global pre-eminence as a hop grower.

“At the time, I had no idea we were seen that way by the rest of the world and I suggest a lot of people in NZ today don’t see us through that lens. Some of the people we met in 2013 subsequently showed interest in the NZ hop industry and have invested in this project.”

O’Reilly says he aims to get the rest of the hop industry engaged and encourage others to join in.

“I want to see us at the forefront of developing new hop strains that can help and enhance our craft brewing industry and be used to generate exports returns for NZ.”

O’Reilly sees a lot of interest in growing hops and he points to land-owning Maori who are looking for new opportunities to get better value from their land. Hops is an answer, he says.

Garage Project brewer Jos Ruffell sees a great prospect in new hop cultivars and he believes hop growing will not be confined to the Nelson region. He says hops grown elsewhere in NZ may have unique flavours as have wine grapes.

He sees the craft beer industry growing in NZ and overseas.

“There is potential to export our beer because the industry internationally has been growing at a phenomenal rate. NZ craft beer is looked on extremely favourably in Australia and there is interest from Asia.”

Ruffell says the seven-year time frame for the project is good because it will allow new varieties of hops to be developed and give brewers time to get their beer onto the world stage.

Science will play a critical part in the project’s success, says Pat Silcock, Otago University. He says science helps understand what is novel about NZ hops and what makes them different from overseas varieties.

“In general, NZ hops have a different flavour profile from overseas hops and it’s important to find out whether this is due to our climate, soils or just the varieties themselves.”

Outgoing MPI chief executive Martyn Dunne says the hop industry is not one the ministry would normally invest in, but the business case for this project stacked up well.

Dunne says MPI’s investment is not so much about the end product – the beer – as the development of new cultivars.

But he says the craft beer industry is making a name for itself and there is now talk of ‘craft beer tourism’.

“Wellington is becoming the craft beef capital. You see a lot of craft beers around here, an attraction to many people.”

Dunne says the prospect of more jobs in the regions is a very attractive proposition as is the growth of a new industry.

Bragato Research Institute continues to work with the Ministry for Primary Industries and New Zealand Winegrowers members to develop the Sauvignon Blanc Grapevine Improvement programme, sometimes referred to as SB 2.0.