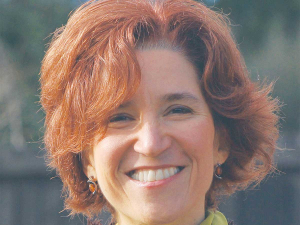 A new report has joined the chorus within the agricultural sector calling for proper scientific testing of the claims being made by regenerative agriculture practitioners and proponents.

Some of the claims made by regenerative agriculture advocates currently include that it can improve waterways, reduce topsoil losses, offer drought resilience, add value to primary exports and improve the ‘well-being crisis’ among rural farming communities.

However, a new white paper on regenerative agriculture, recently released by Our Land and Water, says there is an urgent need for clarity about what regenerative agriculture is in New Zealand and for accurate scientific testing of its claimed benefits. The research was funded by the Our Land and Water National Science Challenge, the NEXT Foundation and Manaaki Whenua – Landcare Research.

This follows similar calls recently from the New Zealand Institute of Agricultural and Horticultural Science (NZIAHS), with the group of mainstream New Zealand agriculture scientists criticising regenerative agriculture as an ‘ill-defined fad of dubious scientific merit’ and asking for more scientific evidence about its proponents’ claims.

The paper – Regenerative Agriculture in Aotearoa New Zealand – Research Pathways to Build Science-Based Evidence and National Narratives – sets out a number of priority research topics and also introduces some principles for regenerative farming in New Zealand.

“Our consultation found many areas of strong agreement between advocates and sceptics,” she says. “It’s time to stop bickering and focus on identifying any true benefits regenerative agriculture might have for New Zealand.”

However, the report failed to offer a firm definition of what exactly regenerative agriculture is.

It says while a succinct definition of regenerative agriculture would be useful for marketing purposes, the white paper refrained from offering a definition for two reasons: The risk of constraining an evolving concept, and the need for any New Zealand definition to be anchored in te ao Māori (the Māori world view).

“Collective work by Māori experts and practitioners is currently in progress to identify linkages between te ao Māori cultural concepts and regenerative agriculture principles,” it says.

However, the paper did identify what it calls the “11 principles for regenerative farming within the farmgate in New Zealand”. These include such things as: ‘maximising photosynthesis year-round’, ‘minimising (soil) disturbance’ and ‘harnessing (plant) diversity’.

Meanwhile, it also calls for the development of specific “regenerative practice” guidance. It concedes that New Zealand’s many different primary sectors and geophysical contexts makes this a huge challenge.

“The current complexity of information or misinformation on regenerative agriculture was identified as a barrier,” the paper says.

It also echoes the calls by representatives of four NZ major primary sectors asking for research on how regenerative agriculture impacts on things such as freshwater outcomes, food quality and safety, long-term viability of whole systems, animal welfare and soil carbon.

In summary, the paper says “there is a pressing need for scientific testing of the limited evidence and anecdotal claims being made by regenerative agriculture practitioners and proponents”.

Five-year journey from farm to river

The decisions farmers make today to reduce excess nutrients will be reflected in water quality improvements in our river within five years, on average, finds new research from Our Land and Water.

OPINION: Your old mate - as well as most of the country's ag scientists - were already highly sceptical about the quality and depth of a 'research paper' produced by Landcare Research a couple of months back on Regenerative Agriculture (RA).

The Hound is among many in the agriculture sector, including many of our top scientists, who are somewhat cynical claims made about the latest farming fad - regenerative agriculture.

Scientific testing around the anecdotal claims of regenerative agriculture is “urgently required”, according to a new report.