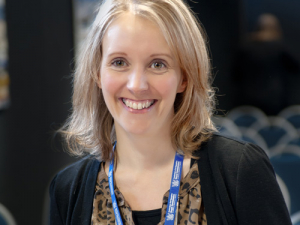 In order to treat more erodible land in the Gisborne district, the Ministry for Primary Industries (MPI) will implement two new improvements to the Erosion Control Funding Programme (ECFP) in the coming months.

The ECFP has been running since 1992 and is focused on reducing the severe erosion problem facing the Gisborne district which is susceptible to regular high-intensity weather events that cause soil erosion and downstream flooding.

A review of the ECFP was undertaken earlier this year to understand the barriers preventing land owners from taking up the funding available, and to develop initiatives to deliver the best erosion outcomes for the Gisborne region.

Feedback from Te Runanganui o Ngāti Porou, Gisborne District Council and current and potential ECFP grantees has confirmed that the single biggest barrier to uptake was the lack of upfront funding available. As a result, MPI will be changing the payment structure to enable grant payments to be aligned with when grantees actually incur costs.

“This change will enable more landowners across the region to participate in the scheme and treat their erosion prone land.”

The new payment structure will be offered to those landowners who were successful in the 2016 funding round, and in future rounds.

The second new improvement involves extending the land categories that are eligible for the scheme, broadening the amount of land available for erosion treatment.

Gilliland says “by widening the eligibility, we can support land owners with various degrees of erosion problems, from moderate through to severe.”

This change will take effect from the next ECFP funding round which is scheduled for May-June 2017.

MPI is continuing to work with Te Runanganui o Ngāti Porou and Gisborne District Council to discuss other ways in which the ECFP can deliver the best outcomes for the Gisborne district.