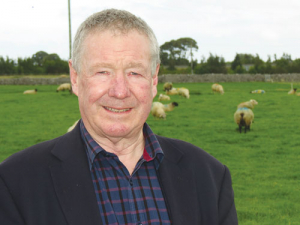 Veterinary and agriculture degree students who start at Massey University from 2019 will find practical aspects of farming and vet work in their courses right from the start.

And the university is moving to a primary concern with agriculture.

The move on the vet degree course responds to the vet industry saying that though new vets are well qualified academically they lack practical skills, especially for rural practice.

The vet course will change a lot, says Kelly. Until now first year studies have been general and academic, emphasising chemistry, physics and biology. But in the revised course students will start learning the real ag and vet stuff in the first year.

Another matter has caused Massey to rethink the vet course: of the 400 students who routinely start the five-year vet course, only 100 will graduate -- a ‘weaning’ process that will continue.

Kelly says 75-85% of vet students are women and in the first year when there is a high ‘cull’ it’s the women who keep on because the work is then mainly academic.

“That’s because women mature earlier than men, work hard and pass. Whereas men find out about booze and all sorts of crazy things during their first year.

“When I went through vet school, many years ago, it was dominated by men; today it’s dominated by women. That’s fine, but the problem is one woman graduate is equivalent to two-fifths of a full-time equivalent vet throughout her life because she gets married and has a family, which is normal. So, though we’re graduating a lot of vets, we’re getting a high fallout rate later on.”

It appears the course changes are designed to get a better male/female balance in vets graduating and to set the expectations of students early in the course. Meaning students will be faced with the reality that New Zealand needs large-animal vets rather than those wanting only to work with small animals in the cities.

“As kids we all had pets and we thought it would be great saving people’s cats and dogs. But as students go through the course they realise there are big opportunities in large animals as well,” Kelly says.

“Some struggle with some of the tasks onfarm because there is a hard, physical component in a large-animal practice.

“Thus some vets aren’t going out into the country; they’re staying in the city [leading to] a shortage of vets in the country.”

Kelly says the duration of vet or other ag degree courses won’t change because of the change of content to more practicality.