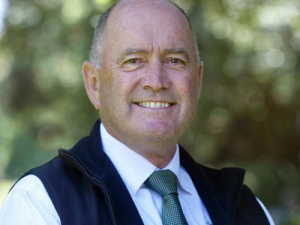 HortNZ chairman Barry O’Neil told Rural News that his organisation had written to Agriculture Minister Damien O’Connor asking him to declare the storms an ‘adverse event’. However, HortNZ was told by MPI (Ministry for Primary Industries) that the classification of a medium scale adverse event is not required.

But O’Neill says HortNZ, Apples and Pears NZ and the Kiwifruit Growers organisation have again written to O’Connor, Finance Minister Grant Robertson and Stuart Nash, (who holds the economic development portfolio) asking them to reconsider the earlier decision.

MPI told Rural News that declaring an adverse event would not mean there would be any direct funding for affected growers and that all it would do is free up more funding for the Rural Support Trust (RST). This funding would help growers clean up orchards and assist them work out future options but does not compensate them for the loss of their crops.

MPI says funding is already available, but if the situation changes, then more would be made available to the RST.

O’Neil says he’s heard reports of cherry growers losing 80% or more of their crop, apple orchards devastated and that more than 2 million trays of kiwifruit have been lost.

He says crops are being grown in areas that are challenging with the changing climate. O’Neil says hail is not uncommon, but this time, more regions appear to have been hit than normal and it’s hard to mitigate that.

“Covered crop growing is very acceptable if it’s affordable for the individual grower. But even some of those covered structures have been damaged by the hail, so it’s not absolutely bullet proof,” he told Rural News.

“I think the insurance companies will become more risk adverse unfortunately and premiums will go up. Unless growers do everything they can do to minimise the impacts – such as covering their crops – I think it’s going to be very difficult in future to get reasonably priced insurance.”

O’Neil believes that this latest event will encourage more orchardists to cover their crops despite the capital cost. He also points out that some of the hail and rain was very localised.

“A few years ago, my kiwifruit orchard at Kerikeri got hit by hail and I lost about 27% of my crop. My neighbour, who has a vineyard, didn’t get any hail at all and he was only 100 yards away – so that shows how localised it can be.”

Rural News understands various horticulture leaders were planning to meet with O’Connor, Robertson, Nash and some other members of the Labour caucus in Nelson – during the party’s annual caucus retreat held in the region last week – to discuss the issue of government assistance.