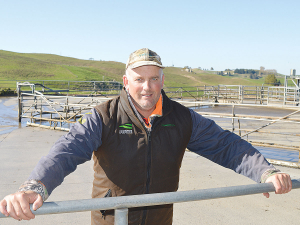 Chris Lewis says the farming sector made the most gains when governments are less arrogant.

The Waikato dairy farmer says that instead of telling farmers what to do, the Government should let farmers figure out the solution.

He says the current Labour Government is doing the same: telling farmers how to resolve issues like sustainability and climate change on farm.

Lewis told Rural News that the last National Government, led by John Key, acted the same in its first few years in office.

"National Government were bit like this current governmnet during the first few years in office," he says. "Then they realised they had a bit of problem in the polls and that's when they became a really good Government to work with the Feds."

He says the farming sector made the most gains when governments realised they couldn't be so arrogant.

The Labour Government has been under fire from farmers for unloading a slew of policies on the agriculture sector around water quality, climate change and winter grazing.

The relationship between Labour and Feds has been testy in recent years.

"We had issues with the last National Government; don't get me wrong we butted heads with them," he told Rural News.

Lewis says it took a long while for Feds to convince current government ministers to accept they got it wrong kicking the farmer lobby out of a couple of things.

"Feds sits squarely in the place of being between the over ambition of Government policy and the practical realities of a rural community."

Lewis says being allowed back into the fold by Labour means "there was some truth in what we were saying". But he admits that Feds could have delivered the message better and not been as blunt as they were.

Federated Farmers say that while the latest draft of the National Policy Statement for Indigenous Biodiversity (NPS-IB) is a significant improvement, its success is undermined by a lack of funding on Budget 2022 to assist private landowners.

While farmer satisfaction with banks is relatively stable, many more farmers feel under pressure with costs on the rise, according to the new Federated Farmers Banking Survey.