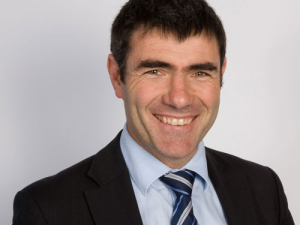 “This is great news for Taylor Preston and the wider meat industry,” says Guy.

“It is only the start of what we are hoping will grow to become an important new market for our exporters.

“In the 1980s Iran took around one in every four sheep we exported, so it has great potential. It is the second largest economy in the Middle East and North Africa region.”

Iran has a growing economy and is heavily reliant on imported food. At the same time New Zealand has a strong reputation as a producer of safe, high-quality and nutritious red meat.

Over time this could become a significant market for particularly lamb, but in the future it could be beef as well, says Guy.

“This new opportunity follows my visit to Iran in February where I witnessed an agreement between the Iranian Veterinary Organisation (IVO) and the New Zealand Ministry for Primary Industries providing the conditions for chilled and frozen sheep and beef exports to resume.

“It’s more positive news for the red meat industry with 10 establishments about to start a six-month trial sending chilled meat to China. It’s been a tough year for sheep farmers so these significant market access opportunities will be warmly received on farm.

“Opening up new markets for our exporters is a major priority for the Government. This year we updated our trade strategy Trade Agenda 2030 with the ambitious goal of having free trade agreements cover 90 per cent of New Zealand’s goods exports by 2030, up from 53 per cent today. An extra $91.3 million over four years through Budget 2017 is going to help achieve this.”