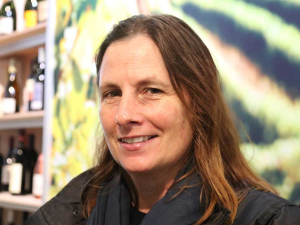 Katie Milne says farming critics have been drowned out by the consistent messages now hailing the sector as economic heroes.

Milne says it looked like the bacterial disease was going to be the issue that would provide the biggest headache and heartache for farmers.

“We’re still on that bold and world-leading eradication effort, and there’s no doubt M. bovis is continuing to take a toll on many farming families.”

However, things changed in early 2020 with the arrival of Covid-19.

“But who knew that this year we’d all face an even more destructive disease – one that has claimed the lives of hundreds of thousands of people around the world,” she says.

“While farmers – like all New Zealanders – now have the unnerving prospect of waiting out how much destruction the pandemic will ultimately wreak on global financial and trade systems, never mind paying back the billions of dollars we’ve had to borrow, Covid-19 perversely delivered a silver lining for agriculture in helping raise the awareness as to just how valuable our farming families are to the NZ economy.”

A small group who have called farmers ‘environment vandals’ have been drowned out by the consistent messages from polls, and politicians and media pundits who now hail the sector as economic heroes.

Milne says farming was deemed an essential service during the lockdown, able to offer security in a world turned upside.

“We continued producing top quality food to put on the tables of Kiwi families self-isolating in their household bubbles, and continued to earn export revenue,” she told Rural News.

“For farmers feeling misunderstood and under-appreciated, it’s been a real confidence booster.  And going forward, those improved relationships we forged with MPI and other agencies as we worked on pandemic solutions can be built upon.”

Milne stepped down last month after three years in the role and has been replaced by Andrew Hoggard. She was the first female president of the farmer lobby.

She says being president really brought home to her the power of the Federated Farmers brand.

“More than ever, we’re sought out by ministries, ministers and media as the organisation that can speak for all farmers, not just one industry group.

“And we’re listened to, by policy makers, by councils and by governments.  And when they don’t hear us, we let them know loud and clear where they’ve gone wrong and what we think they should do differently in as constructive a way as possible.

“If members could see for themselves the workload this organisation takes on, they’d be astounded.”