Farm training to get an ‘excellence sector’ 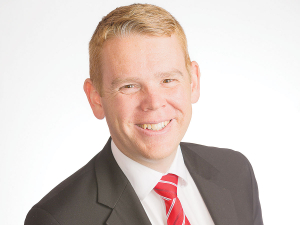 In a move to improve farming training the Government will set up an industry ‘centre of excellence for vocational education’ – or CoVE.

CoVE is part of the Government’s wider reform of vocational education announced in August.

Education Minister Chris Hipkins says it wants to encourage innovation and strengthen links between education providers and industry to fix a mis-match that he believes exists between the training students get and the skills the would-be employers need of the students.

The agri CoVE will bring together education and industry experts and researchers. It will be hosted on a regional campus (wananga) of the New Zealand Institute of Skills and Technology.

Hipkins’ aim is to identify polytechnics with specific expertise in primary industry training and to use them as models for other institutes wanting to do similar training.

Such models would in some way resemble existing science ‘centres of research excellence’ (COREs), except that a CoVE would have no research element.

Functions of the CoVE could include sharing curriculum and programme design, applied research with employers and providers, learning technologies with providers of vocational education (cut costs and avoid duplication) and providing training support to employers.

Hipkins says the CoVE is a response to the agri sector’s serious skills shortage and the technological changes happening in the primary industries.

“Vocational education has long been starved of attention and resources, yet we know there are huge skills shortages and skilled jobs on offer in primary industry.”

Hipkins says by the end of 2019 he will have sought proposals for where to set up the CoVE and what it will do. The Government expects to work with the primary sector’s Skills Leaders Working Group and other industry leaders to quickly give substance to the proposals.

The Cabinet has agreed funding of $18 million over four years to set up three prototype centres, the first being the primary sector one, Hipkins says.

Agriculture Minister Damien O’Connor says he applauds the choice of the primary industries for the C0VE prototype. And he is pleased that the Skills Leaders Working Group will work with the Government on the pilot proposals.

“The CoVE is a great opportunity to make a difference to the quality of teaching and learning, and provide people working in the primary industries with the skills they need.”

DairyNZ is likewise pleased about the CoVE.

“A consistent message we hear from farmers is on their struggle to find staff with the right skills.

“The collaborative model will allow education providers and the primary sector to work together to develop and deliver training which meets the needs of farmers and the wider sector.”

by recruiting and retaining skilled workers.