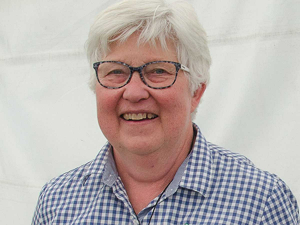 Diana Mathers, who, joined FAR as cropping systems research Mmnager in 2010, has worked to support cropping farmers in the areas of economic and environmental sustainability.

FAR chief executive Alison Stewart says Mather’s award recognises the significant impact she has had in these areas.

Working with growers around the adoption of new technologies is a current focus for Mathers, who helped to test and calibrate DIY Quick N testing kits as part of the MPI SFF Nitrogen - Measure it and Manage it project.

The results of this project have confirmed that Quick N testing strips are an efficient and inexpensive tool to help growers understand exactly how much nitrogen is available to their crops at any given time, and therefore, how much they need to apply to reach target yields.

Leeston cropping farmer Simon Osborne likes to point out that all life is a symbiosis.

Initial results from the first national survey of herbicide resistance in arable farming have shown surprising resistance to glyphosate.

‘Spray and walk away’ atttitude must change

The first step in tackling herbicide resistance in arable farming is admitting you have a problem, says Australian specialist Dr Peter Boutsalis.