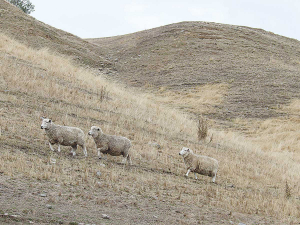 Statistics NZ says a drop in sheep numbers could be caused by the 2020 drought.

“The 2020 drought caused feed shortages that led to a fall in total sheep numbers. Hawke’s Bay had the largest decrease, with the total number of sheep falling by 12% (346,000) from the previous year to a total of 2.5 million as at June 2020,” says agricultural production statistics manager Ana Krpo.

Krpo says that while the fall in sheep numbers during this period is related to the 2020 drought, there has been a general decline for almost 40 years.

“There are now five sheep per person – a drop from the 1982 historic high of 22 per person.

“Over the past 10 years alone, sheep numbers have fallen by 6.5 million or 20%. A strong contributing factor to the five-sheep-per-person metric was the increase in New Zealand’s population, from 3.2 million in 1982 to 5.1 million in 2020,” Krpo says.

The total value of sheep-meat exports was $4 billion, for the year ended June 2020.

The export value of wool has plunged dramatically in recent years. In 2012, wool exports were worth $880 million, but that almost halved to just $460 million in 2020.

Driving through Hawke's Bay, the visible effects of the drought are mixed.