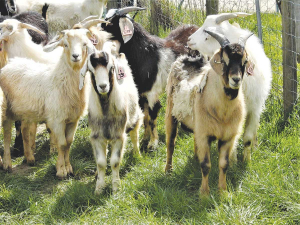 Milk payout has slumped 30% over the past three years, forcing some dairy goat farmers to sell up.

Milk payout has slumped 30% over the past three years, forcing some dairy goat farmers to sell up.

The infant formula market in China has been changing. Updated regulations governing the manufacture of infant formula in China, which has increased trust in domestically produced products, along with a falling birth rate, have led to a drop in demand for imported infant formula.

Covid-19 had only accelerated changes that had been taking place over the last two-to-three years. Sales of infant formula through the ‘Daigou’ channel - cross border trading by visitors and international students from China - have also dried up over the past three years.

Schuler says everyone is working hard on farm, at the company level (NZ Dairy Goat Co-operative), and at board level.

“We haven’t completed our current trading year or announced a final season payout to shareholders.”

High quality milk replacers are crucial if you are preparing to rear lambs or goat kids in the upcoming season, according to Milligans Feeds.