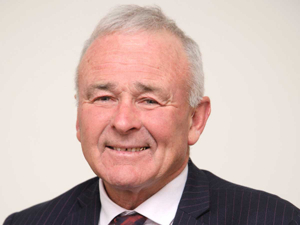 Southland dairy farmer and chairman of rural insurer FMG, Tony Cleland set up the meeting after hearing about some of the consequences of the Government’s new freshwater regulations...

The group will be set up to feed information into another group charged with implementing the new rules, says Environment Southland (ES) chairman Nicol Horrell.

Before the main meeting, Horrell and staff from ES met with David Parker to talk through the council’s role, which is to implement the new rules.

Horrell agrees with Federated Farmers that some of the new rules are simply unworkable in Southland, but believes that the Government will not take the Feds’ advice to completely re-write the legislation.

“The political reality is that it’s not going to be possible because it would be politically embarrassing,” he told Rural News. “So the best option will be for us to get tweaks made to the rules. In some cases a few word changes could make all the difference.”

“Normally you get some high level objectives and then there is room for a bit of local flavour, but with this legislation there is little wriggle room.”

Horrell believe one solution is quality farm environment plans that are audited and become something that farmers use as management tool on a daily basis.

He is hopeful that the new advisory group, which will include DairyNZ, Beef+Lamb NZ, Federated Farmers and rural professionals, will be able to come up with solutions that can be put to MfE and the minister and will bring about sensible changes.

All water is connected

Understanding the types of water features on your farm will help in making decisions to reduce the amount of contaminants reaching waterways.