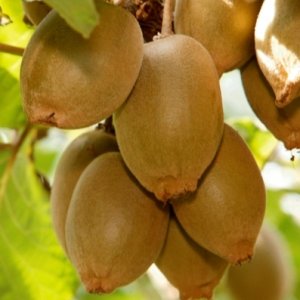 Chinese pollen is the likely source of the Psa-V disease in New Zealand's kiwifruit, say a team of Otago biochemists working with the industry to unravel the disease.

A previous suspect, Italy, has been ruled out, as has claims that New Zealand was the source of the Italian outbreak.

The scientists say China appears to be the original source for both the New Zealand and Italian strains, and work is being done to see if Psa in Chile also originated from China.

Associate Professor Russell Poulter, Professor Iain Lamont and Dr Margi Butler, all from the University of Otago's Department of Biochemistry, have been working with the kiwifruit industry since the Psa bacterium was first detected in a Te Puke orchard in November 2010.

From the outset there are been three possible options for the source of the bacteria: Chile, China or Italy.

Initially, the technology was not available within New Zealand to carry out sequencing the whole genetic code of the New Zealand Psa strain. But, the arrival of new advanced genomics technology into New Zealand mid last year – through the government funded initiative, New Zealand Genomics Ltd (NZGL) – allowed the Otago biochemists to action this urgent task.

The results showed the New Zealand strain was significantly different from the Italian strain and, therefore, Italy could not have been the source, they say in a statement.

Critically, it also put to bed any whispers that New Zealand may have been the source of historical Italian outbreaks.

Through a process of elimination, Chinese pollen appears to be the likely source of New Zealand's outbreak, they say.

The Otago biochemists have been able to source some Chinese Psa samples for sequencing and those results indicate that China is the original source of both the Italian and New Zealand outbreaks.

More recently, Psa has been confirmed in Chile and work has begun on sequencing these strains. Preliminary data suggests that the Chilean strain also originates from China.

Associate Professor Poulter says the question of whether the New Zealand outbreak may have come via Chile will soon be answered, by using the NZGL sequencing process and comparing the results with the information they have gathered to date.

"Having provided the tools, through sequencing, to recognise the different strains, we now want to determine the pathway by which the Psa came into the New Zealand," he says.

"It's unlikely to be on someone's boots or via quarantined channels. And we know the

particular strain did not originate from Europe. We need to know the pathway, so we can help other countries – and ourselves – avoid similar mistakes in future."

It was NZGL's multi-million dollar Illumina HiSeq sequencing service that the Otago biochemists used to determine the Psa genome and gave the kiwifruit industry the answers it needed.

Dr Poulter says the kiwifruit Psa scenario has highlighted to him how critical it is to have the technology within New Zealand.

"New Zealand is a major agricultural and horticultural producer. It's what we are. It's how we earn a living. If something goes wrong, are we going to put a sample on the courier and send it to another country for sequencing? No. We need to be able to respond, prioritise and act quickly. If NZGL wasn't here, we would never have been able to sequence the bacterium and answer the industry's questions."

NZGL chief executive Tony Lough says the infrastructure is doing precisely what it was set up for: to give New Zealand scientists access to the technology needed to undertake advanced genomics research specific to New Zealand.

This is work that could not previously be undertaken in New Zealand. While, in theory, you could contract advanced genomics

analysis to labs overseas, the reality was that this was expensive and often took too long.

"The way in which the Otago scientists used NZGL, and the speed with which NZGL was able to process their samples, demonstrates exactly why it's so critical to have this advanced technology available within New Zealand."

Associate Professor Poulter says the team will concentrate on the effective use of antibiotics for the successful treatment of Psa in New Zealand.

"The kiwifruit industry will survive, but it may take some time to determine a cost effective treatment. The priority is to sustain the industry in the meantime. Part of that is containing the bacterium – and determining how it came to be here."