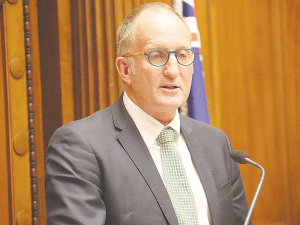 Andrew Morrison says the board considered they should take personal responsibility for any director renumeration recommendations.

BLNZ disestablished the Directors Independent Remuneration Committee (DIRC) late last year. The DIRC was set up in 2016 as an independent body to recommend any changes in director remuneration.

Morrison told Rural News the DIRC was disestablished primarily because both BLNZ and New Zealand Meat Board (NZMB) directors – basically the same people – agreed that the best approach in future was for the boards to actively take ownership of remuneration recommendations.

“The board has to make a final call on this, so we felt the extra layer [the DIRC] was adding complexity to a market-informed process,” he claims. “The recommendations will be accepted or rejected by levy payers as part of the annual meeting process.”

Morrison says the board and the DIRC view or review the same market information to make a decision on director remuneration.

“The board considered that as directors we should take personal responsibility for any recommendations.”

When asked about not having an independent committee such as the DIRC reviewing director fees and how it put BLNZ in an opposite position to many other farmer organisations, Morrison says “different boards have different approaches”.

“The board has decided to receive this information from an independent party directly and then be responsible for making its own decisions.”

Christchurch-based management consultants Mitchell Notley and Associates (MNA) were hired by the BLNZ board to prepare a report on director remuneration.

Morrison refused to reveal how much the MNA report and advice cost BLNZ, saying it was “commercially sensitive”. But he claims it cost “no more” than advice received annually for fees reviews.

Meanwhile, Morrison told Rural News while there was “debate” around the board table about the decision to disestablish the DIRC and increase director fees: “After all considerations, the board all supported the recommendation and agreed that transparency on director commitments is required.”

It is not only Beef+Lamb NZ directors who are doing well in the pay stakes, with 40% of the organisation’s staff currently earning $100,000 or more a year.