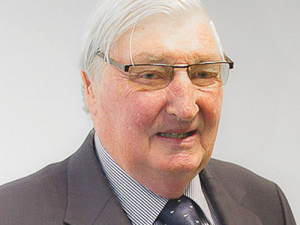 Plan Change 5 -- the nutrient management and Waitaki plan change -- was publicly notified on June 24 and is due to progressively take effect in various zones until January 2019.

ECan says it seeks to deal with the effects of land uses, particularly farming, on water quality at a region-wide level, and to ensure the effective management of water quality in the Waitaki catchment. It will apply in catchments not currently the subject of sub-regional plans (such as Selwyn Waihora), but is expected to impact about 5000 farms.

“The nutrient management rules are intended to address the effects of changing land use and promote improved water quality outcomes in the region. With this in mind, we need to be clear about what constitutes good management practice on farms. Industry groups have now described what this means for their sector,” Skelton said.

All farmers should have, as a starting point, a baseline nitrogen leaching rate that reflects GMP.

ECan has developed a website -- Farm Portal -- to collate and calculate information, and the plan change requires farmers to register their farming activities on the portal.

However, Salvesen said that while some parts are “quite good” there was also a lot wrong with the plan. Some of the fertiliser and irrigation proxies (calculation models) were unworkable.

But he said ECan would have to discover for itself how it would not actually work onfarm.

“We’ve told them it’s unworkable and we’ve said we’re not going to appeal because you’ve made it too difficult in law; you’ve written it in such a way that it’s unworkable, and you can sort out your own mess.”

Salvesen said that if ECan had asked farmers a few more questions they “wouldn’t get it so wrong”.

Farmers had thought they were consulting in good faith. “We thought we were, but it turns out they weren’t listening.”

Trying to comply with the plan would be expensive, he said. 4000 applications for consents, lodged at a minimum cost of $1700 each, in addition to farm environment plans, would be a minimum of $20 million on paperwork that would be better spent on mitigation factors such as fencing and planting.

Salvesen, who raises beef and deer in hill country in the upper Hinds catchment, said that while most of the impact would be on the plains, the plan change was not all good for the hills either “if you look at some of the fencing requirements they’re putting in that are completely impractical.”

Outspoken Ashburton dairy farmer Willy Leferink is warning that some debt-laden farmers could face bankruptcy if the plan change forces them to cut cow numbers to comply with the new environmental limits.

He said farmers understand they must do something, but greatly fear they will be regulated by a tool that is unreliable.

Leferink said the portal is “not easy and farmers don’t understand it”.

“The scientists -- some of them -- they don’t understand it. We don’t know if it’s all true because some of the science is in its infancy. Then on top of that we have all the calculations. It looks like some wizard is pulling it out of his hat.”

In some cases the calculations make “no sense at all,” said Leferink.

“You’re going to be judged against this hypothetical ideal model of your farm, where in a lot of cases it doesn’t make any sense to the current state of your property.”

Leferink also referred to the impossibility of requiring 100% efficient irrigation. “They’ve set themselves up to fail.”

He said farmers would have to spend $2000 - $5000 every two years just to get audits done because it would become too complicated to do it themselves.

It will work with ECan to support farmers implementing the changes, and is pleased the hearing panel has accepted its concerns over the timeframe and pushed out compliance deadlines by 12 months.

DairyNZ also supports, “at the conceptual level,” the development of the Farm Portal system but has concerns that some of the equations used to model GMPs may lead to significant differences between a farm’s nitrogen losses when estimated by Overseer and the estimated nitrogen losses when the farm is operating at GMP. DairyNZ will resolve issues as they arise. Farmers should contact them for help if the Farm Portal model produces numbers “that don’t make sense.”

DNZ also has concerns about the irrigation model within the Farm Portal. “We consider that for irrigated dairy farmers the compliance requirements under PC5 may be unachievable with the current irrigation infrastructure. We believe farmers may have to spend a lot in a short time to comply with the plan change requirements.”

Plan Change 5 was publicly notified on June 24 and any appeals must be lodged by July 21.

Salvesen said Federated Farmers sees appeals as ineffective or expensive for small gains but will consider joining any appeal lodged by another party.

He said PC5 is a large and complicated document and that’s “part of the problem”.

“Then there’s the language it’s written in: unless you’re qualified you can’t understand it anyway, and then you can’t challenge it on a legal basis.”

DairyNZ said it is analysing the decision and has the option of joining any action by another party.